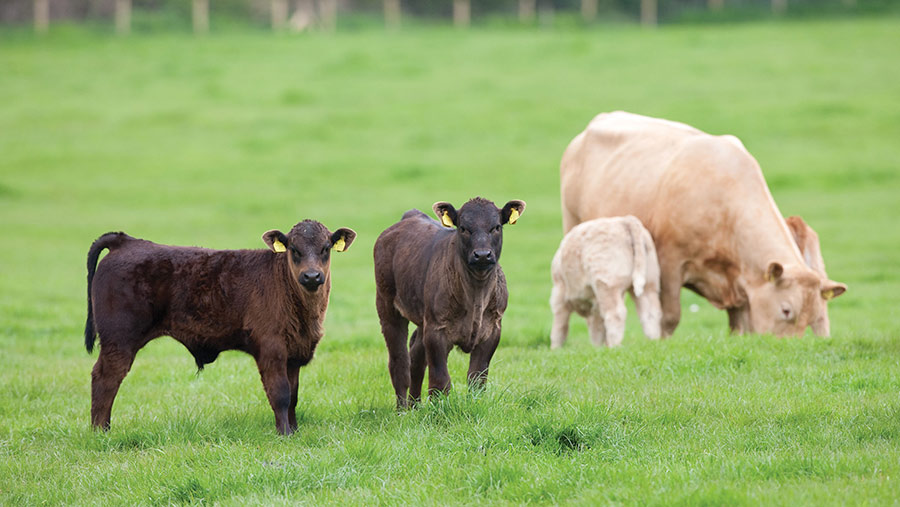 The drought of 2018 impacted grass growth and cattle growth rates, meaning three of the four farms that dried up were forced to purchase straw, silage and concentrates, lowering margins.

The aim of the trial was to increase profitability per hectare by:

Soil samples were taken on the four participating farms and deficiencies were addressed.

Much of the grazing platforms used were permanent pasture, wet or steep ground that wasn’t practical for silage production. Cattle were moved every two to three days in bulling groups of 33-40.

Below, Mr Jones explains the outcomes and learnings of the project.

1. Grazing can improve liveweight gains but it must be managed well

Kilos produced per hectare from grass improved by 353% on average over a four-year period on the farms.

This was achieved by increasing the stocking rates and managing grass much better. Stocking rates increased 60% from 0.8 livestock unit (LU)/ha to 1.5LU/ha.

Before the trial, youngstock realised 0.3-0.4kg/day over the winter period because of poor-quality silage.

Farmers improved silage quality to 11-12ME by applying more nitrogen and cutting earlier instead of leaving it eight to 10 weeks to get a bulkier crop. This saw winter liveweight gains double to 0.7kg/day.

On average, the farmers saved five weeks worth of housing costs by extending the grazing season.

During the winter, two farms on lighter soils practised outwintering using fodder beet. Fodder beet yields were 25t/ha of DM on average with an energy content of 12-12.5ME.

Youngstock on these farms achieved daily liveweight gains of 0.8kg a head a day on average. Not only did the outwintering systems reduce housing costs, but they also introduced organic matter to arable fields.