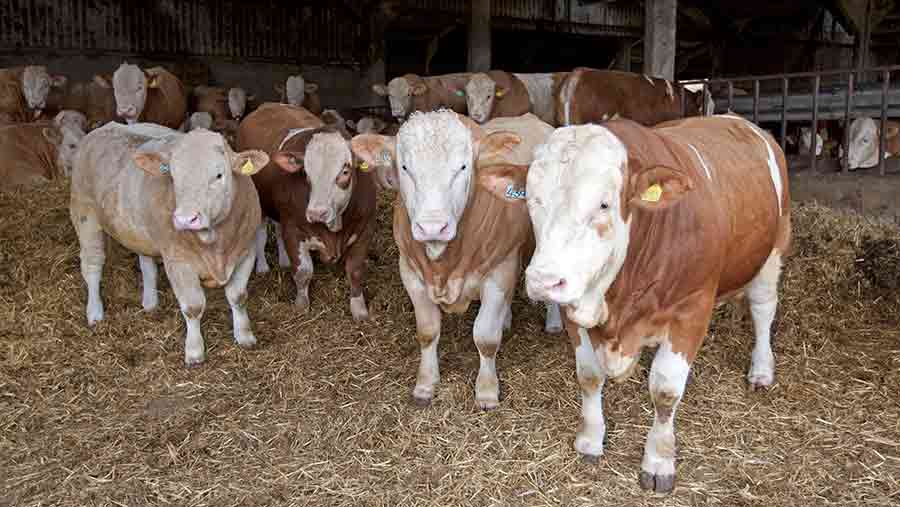 This week Tesco confirmed it would would be gradually removing young bulls from Tesco brand beef products.

Its processor St Merryn announced last month it would be gradually downscaling its procurement of young bulls in response to the changes, adding that increasing number of their retail customers no longer wanted to use meat from young bulls in their premium and standard ranges.

In an email to Farmers Weekly yesterday, retailer Tesco confirmed confirmed this. A spokesperson for Tesco said: “We will continue to use young bulls in our mince, burgers and meatballs and Boswell Farms ranges; but will be removing them from Tesco Brand beef products by the end of 2016.

These changes are part of our continuous review to improve the quality and consistency of our products for customers.”

The decision has come under attack from the National Beef Association (NBA).

Chris Mallon, chief executive of the NBA, is urging Tesco and their processors to answer key questions on the decision.

“Is the reason for not buying young bulls due to the availability of cheap Irish steer beef? Why are they penalising efficient, well-bred beef cattle? Will they be stocking their shelves with cheap imported beef?” asked Mr Mallon.

There is a wealth of evidence to support the rearing of young bulls, says Mr Marsh.

2. The environment will suffer

Not only is the entire male calf more efficient, but bull beef production systems, especially from the suckler herd, have the lowest carbon footprint and therefore the smallest effect on the environment, says Mr Marsh.

“Bull beef from suckler-bred calves can efficiently produce a 350-400kg carcass at under 14 months old.”

3. Beef farmers will be forced to reduce output

Last year, 20.1% of male calves were reared as bulls, so the decision taken by some abattoirs to stop procuring young beef will potentially affect a lot of beef producers.

If producers have to adopt extensive production systems this will reduce output, says Mr Marsh.

If farmers are forced to become more extensive (by keeping cattle for longer), cow numbers will have to decline along with slaughter numbers.

“If Tesco as a retailer and its processors do not use young beef bulls, it could potentially kill off 50% of the suckler herd. There is no remaining efficient way for these cattle to be finished,” explains Mr Mallon.

5. It will lead to an increase in beef prices

Fewer cattle will mean less beef. Ultimately, this will result in a rise in beef prices that the British public will not appreciate, adds Mr Mallon.