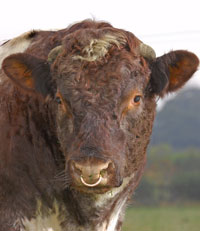 The ability to handle cattle safely and efficiently has long been an essential part of stock husbandry. We take a look at the latest developments

It’s a fact – whether they are dairy cows, beef cattle or anything in between, there are times when stock needs to be effectively restrained so that maintenance, routine or otherwise, can be carried out.

For dairy cows it may be foot trimming or a visit from the vet. For beef cattle it may be a scheduled worming, but on all occasions, an effective means of restraining animals is required.

And it has to be safe, both for humans working on the outside as well as for the animal on the inside. A 600kg steer, however placid normally, can become a dangerous and unpredictable force if not properly handled.

Over the years there have been numerous systems developed to help livestock farmers handle their stock . There is clearly a big market for what is an essential piece of equipment.

As a result, UK farmers can choose products from a number of cattle crush makers. Design requirements are generally that the unit can safely restrain all sizes of beast, that there is free access to the sides and that it can be operated from the left and right-hand sides. 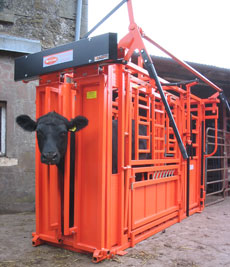 One of the key players is David Ritchie (Implements) in Forfar, which offers a wide range of models, including both mobile and fixed units. As you might expect for a company north of the border, there’s even a special Highland Cattle crate, which can cater for this breed’s wide horns.

The latest addition to the company’s range is the model 315p Squeeze Crate, which, as the name suggests, provides further restraint by narrowing the sides. In fact the squeeze width range is from 250mm to 735mm.

Features include a head yoke that can be operated from both the front and the rear of the crate, a handy facility when working alone. The yoke can also accommodate different size animals, from calves to bulls, says the firm.

There are left and right-hand side access points and a bottom door for belly clipping, removable side doors and vet access gates. 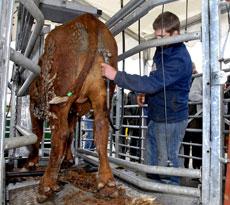 Northern Ireland firm William Taylor Agricultural Equipment, at Coleraine, produces a cattle crush which is claimed to be 100% kick free. That will appeal to anyone who has been on the receiving end of a wayward hoof when working at low level.

Key to the Livestock Controller crush system is a rocking floor on which the rear end of the animal is supported. This provides an element of instability that discourages the animal from lifting a leg to kick out.

While there is only a few inches of rocking movement, it is sufficient to induce the animal to believe that four legs on the deck is always the preferred option.

William Taylor points out that the crush can be used for a wide range of livestock operations and provides unimpeded access when, for example, carrying out caesareans or calving cows.

The unit can also be transported and positioned by pallet forks or, if specified, on a three-point-linkage. The latest development is for a wheels and drawbar kit to be available.

When it comes to squeeze cattle crushes, Edward Penty, which brings in US-made Pearson squeeze crushes, reckons it has the edge. The squeeze action of the units on offer moves in from 750mm to 225mm, which is claimed to be wider than most crushes on the market. It is also said to reduce the animal’s ability to lift a leg and kick out.

The sides have double split gates to allow calf fostering, belly trimming or caesareans, and automatic and manual head gates can be specified.

Edward Penty says its equipment is built with the strength to contain bison and buffalo with generous use of high-carbon steel, a feature which results in the company’s crushes weighing up to twice that of other builds. 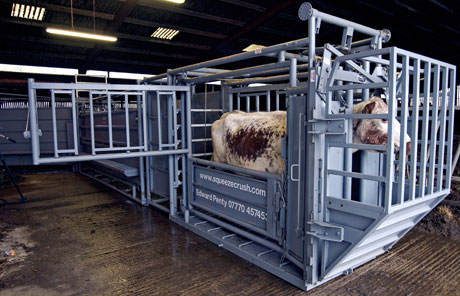 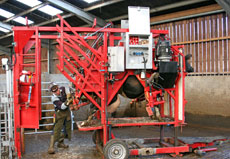 A look at cattle crushes would not be complete without considering the advances made in those made specifically for foot trimming, now in constant demand for permanently housed dairy cows.

Such equipment needs a high degree of automation to safely manipulate cows’ feet into positions where they can be safely worked on. There also needs to be electrical power to operate grinders and lighting, and hydraulic power for the small rams that actually lift the feet into position. An on-board recording system is usually installed to keep a note of the treatment given.

A typical system is that used by Cheshire foot trimmer Steve Jones, which is based on the Danish-built Bulbjerg crush. His company, at Tarporley, also makes a range of crushes designed for use by foot trimmers.

When the cow is on board, the yoke is shut using a remote operating system that allows the operator to be several yards away. A back frame is lowered and the whole crush is raised to bring the cow’s feet up to eye level. Belly straps are also put in place to ensure she remains upright,

Hooves are then worked on in turn, with a combination of ropes and hydraulically raised supports placing them in a position where they can be worked on. On completion, the crush is lowered, straps removed and the yoke opened to allow her to leave.