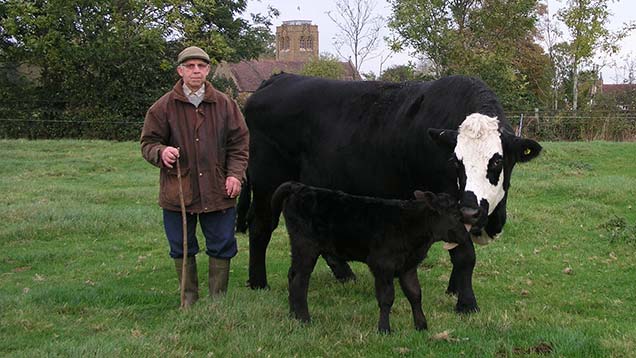 A beef cow has incredibly reared her eighth calf despite being less than seven years old.

Since then she’s given birth to two sets of twins, two bulls and one heifer.

“It must be some sort of record. I’ve never heard of anything like this – it’s quite exceptional.”

Mr Burrows, 72, said his family has farmed at Rookery Farm for 97 years. He is winding down the business and has 20 cows left.

“My daughter has a pony club and riding establishment. That has taken over a bit,” he explained.