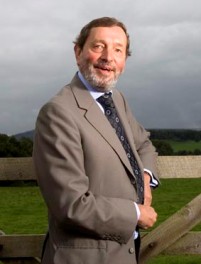 Former Home Secretary David Blunkett has been injured by a cow while out walking in Derbyshire.

According to press reports, the incident happened while Mr Blunkett was out walking in the Peak District this weekend with his guide dog Sadie and his son Andrew.

It is understood that the cow ran at Mr Blunkett’s guide dog which caused him to fall and led to him being trampled.

A spokesman for Mr Blunkett told the BBC: “He has a broken rib and a lot of painful bruising, but he’s all right and, given the critical nature of the political circumstances at the moment, he is going – albeit extremely slowly – to be in London this week, doing his job.”