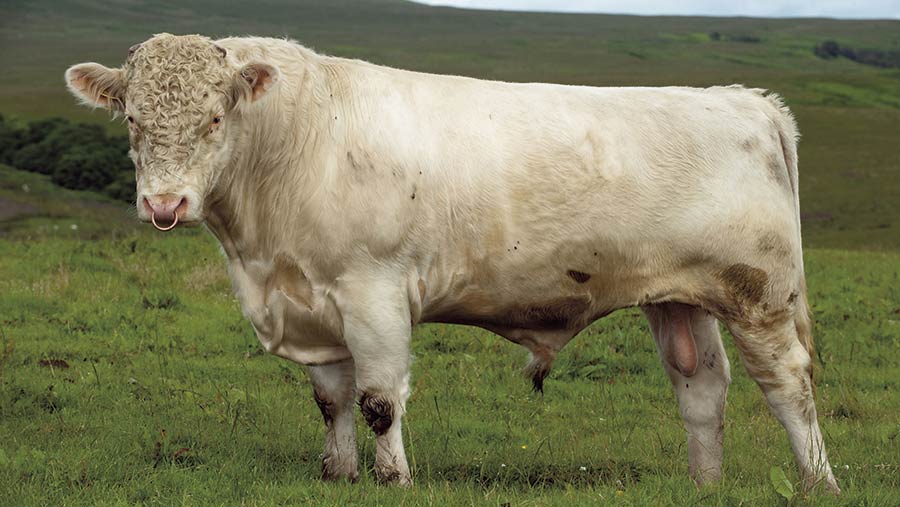 Once classed as one of the rarest cattle breeds, the Whitebred Shorthorn is seeing an increase in popularity as people look to native breeds for easy-care, low-costs systems.

For Whitebred Shorthorn breeder Gordon Jackson, the increase in popularity of the breed to cross with Galloways to produce Blue Grey cattle has seen him sell females up to 7,000gns at market.

Once on the Rare Breed Survival Trust’s Watchlist as a “critical” status 1 breed, with fewer than 150 breeding females, in the past two years the breed has moved up to the endangered status, meaning there are now between 150 and 250 breeding females.

The increase could in part be down to the surge in interest in Blue Grey cattle, as farmers look for a native breed that can be outwintered and perform on some of the roughest of grounds with minimal inputs. 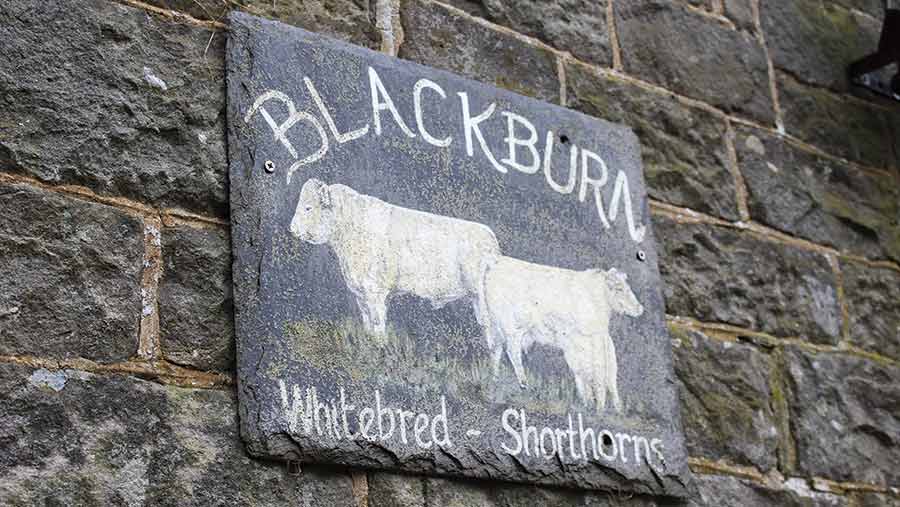 Mr Jackson, who farms at Blackburn, Newcastleton, which is part of the Eskdale and Liddesdale Estate, has two Whitebred Shorthorn bulls on the 4,047ha estate, which are used across 25 Galloway cows to produce Blue Grey cattle.

Mr Jackson also has a herd of seven Whitebred Shorthorn cows and one stock bull of his own, which he keeps pure. He sells pedigree stock at specialist sales in Carlisle.

He says in the past two years he has seen interest in the Whitebred Shorthorn increase, with stock selling as far away as Ireland for pedigree breeding. He has even sold heifers up to 7,000gns.

He puts it down to buyers that want a native cow that has a good milking ability, is easily fleshed, has a good temperament and can finish off rough grazing.

The advent of Higher Level Stewardship and premiums from supermarkets for native breed cattle, has also seen more people look to the Blue Grey, which can finish off grazing alone, with minimal input.

The Whitebred Shorthorn is also being used across other suckler cows, such as the Highland breed to produce a Luing type animal, reports Mr Jackson.

“I’ve also heard of some people who are crossing them with an Angus to produce an Irish Blue Grey. The dairy men have also been using them; they are very versatile,” he adds.

Why the Blue Grey?

It is no wonder stockmen who want a native breed that is easily fleshed look favourably at the Blue Grey, after a study by the Scottish Rural University College in 2011 found the breed outperformed the benchmark for both hill and upland suckler herds. 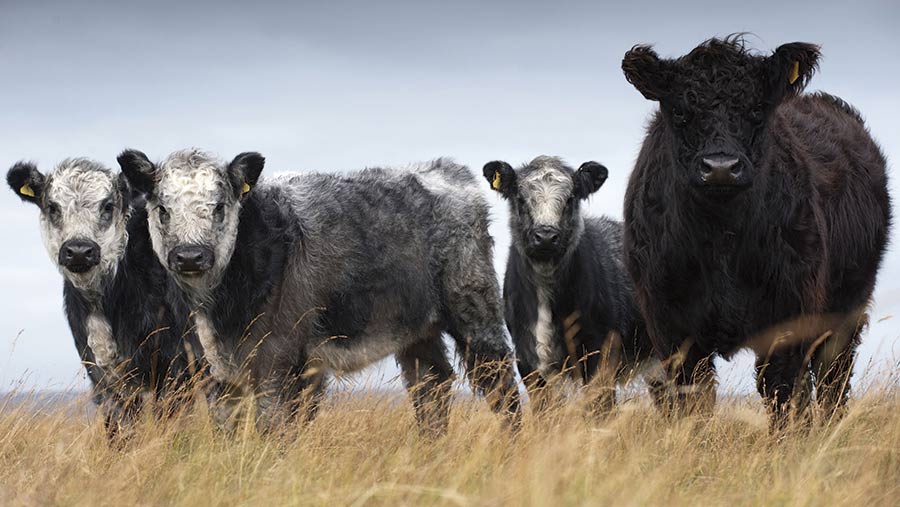 In the report, Blue Greys achieved a profit of £84/head, compared with a national hill suckler herd average loss of £182/head, or a loss of £112/head for upland herds (based on Quality Meat Scotland data in 2011).

The report also found vet and medical costs per head for the Blue Grey averaged £12.59, while the national hill average was £49.

The average age of cows at culling was almost double the national hill average of seven years, at 13 years.

Mr Jackson says: “The biggest downfall as a pedigree breeder is the fact it will be another 10 years before that buyer comes back to buy another bull, as they just go on.”

Calving percentages also averaged 93%, compared with the national hill average of 84%, with the ability to mother well and produce excellent growth rates.

“If you did your sums, more would look at the Whitebred Shorthorn bull to produce suckler cows, as they are that easily kept.

“They calve themselves, are very docile and, with less staff on the ground, you need a cow that can be easy wintered with no concentrates.

“If you are saving £100/t on straw alone by wintering them outside and not feeding concentrates, then it is a big saving,” he adds.

Mr Jackson’s pure-bred breeding females and bulls are at sold at Borderway Mart, Carlisle, in February. Calves are weaned at nine months old and kept until they are two years old before being sold.

The Blue Grey heifers produced on the estate herd are sold at Newcastleton market at 17 months old, and the bullocks at 18 months old through Longtown market.

“I have never finished an animal as I am a pedigree breeder, but I know buyers who easily finish stock by 30 months off grass alone,” he adds.

The cattle version of the Mule sheep

One farmer who is a big advocate of the Whitebred Shorthorn and is using them to produce Blue Grey cattle is John Pattinson from Bardon Mill, Northumberland.

He bought Mr Jackson’s champion bull in February for 4,400gns and says the Blue Grey is the equivalent of the Mule sheep.

“By crossing the Whitebred Shorthorn with the Galloway to produce the Blue Grey you get the hybrid vigour, like you get with the Mule,” he says.

He has three Whitebred Shorthorn bulls, one Galloway bull and 45 Galloway females. Half the Galloways are bred pure for replacements and the rest to the Shorthorn to produce Blue Greys.

He sells Blue Grey females as calves or bulling heifers and bullocks are sold at 18 months old, with the same buyer buying them to finish for the past 40 years.

Cattle are kept outside all year on land rising up to 1,100ft, with additional food given only to spring calvers, who get some silage before calving.

“The Whitebred Shorthorn is a very milky breed, so you get good growth from the calves,” he says.

“They also put the growth into the calves as the Galloway’s are a small-medium sized animal.”

Mr Pattinson says the Whitebred Shorthorn used on the Galloway results in easy calving stock that is nice to handle and by rearing them on minimal inputs it helps keep costs down.

“It’s future-proofing the business,” says Mr Pattinson. “They are an easy kept animal that can grow on rough grazing and without any inputs.

“They also produce a nicely marbled meat, which has great eating quality.

“People are realising that they are such good cows and produce good meat and they can’t get a big enough supply,” he adds.

Mr Pattinson says the buyer of his bullocks, who has been purchasing them for several decades, finishes stock easily before 30 months old, selling to Scotbeef and also through the live market.