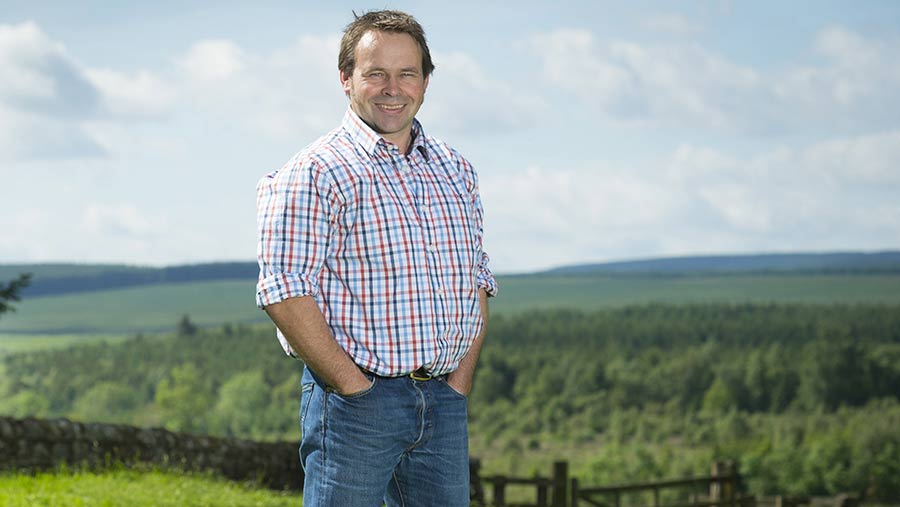 We have scanned the ewes and they are up 10%, which is good. We have also tupped some ewe lambs for the first time, using a teaser for 14 days, then the tup for 17 days. They have scanned at 65%.

We could have more than 200 extra lambs, which is good. Now we just need favourable weather at lambing time. Fingers crossed.

We still haven’t received our BPS, but we were one of the lucky ones to receive an email from the RPA on 31 January stating we won’t be paid in January. We then received a second email telling us to disregard the first.

There has been no other communication, and if we call we get told there’s nothing wrong.

On my kitchen wall is a framed poster advertising the letting of my great grandfather’s farm in 1900. He was selling his stock, which amounted to 25 head of cattle, four horses and 88 sheep.

In those days I would imagine he made an adequate living from the farm.

Balance this with a speech made by Sir Johnny Scott at the North Riding and Durham NFU annual dinner, in which he highlighted that not so many years ago a hill shepherd would look after 500 ewes but that now he would probably look after well over 1,000.

Farmers are always striving to be more efficient. The problem is that the financial gains made through being more efficient are lost through increased input costs, higher rents or lower sale prices and are picked up by others along the food chain.

So when AHDB encourages me to farm more efficiently, I often don’t feel the benefit of my endeavours, as the gains benefit the rest of the chain.

Simon Bainbridge runs a 650ha organic farm in Northumberland alongside his wife Claire and his parents. With 150 suckler cows and 1,500 breeding ewes, healthy maternal livestock and quality feed are priorities.