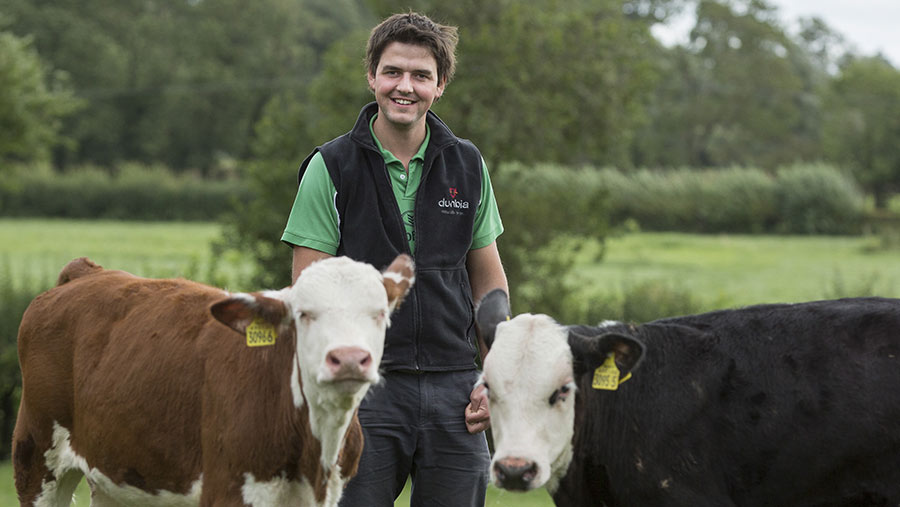 The first of our spring-born calves have slowly started to arrive, with three maiden heifers having calved.

Two were in calf to our Stabiliser bull, with both calving unassisted. Both are very lively and sucked without any assistance.

The third heifer had strayed across the river to our neighbour’s Charlois bull and required a bit of help at calving.

For bedding this year in the calving pens and creep areas we are trying peat, which has been treated with lime.

It was recommended to me by another farmer as lasting much longer than straw and being a very good absorber of moisture.

We may still put some straw on top of the peat to help keep the calves warm, but hopefully the peat will absorb the damp to help the straw last for longer periods.

See also: The calm before the calving storm

Concentrate levels in the total mixed ration have now been increased and bread and silage decreased as we target a similar average carcass weight to last year, which was 412kg at the beginning of July.

At this stage, our bulls are very similar weights to last year’s and we are feeding the same diet. The only difference is that last year all our calves were Charolais bred and this year’s bulls are a mix of Charolais, Stabiliser and Hereford.

Like many farmers we were waiting on the slurry ban to lift on the first of February as our tanks were filling up.

With the wet winter, ground conditions were poor but thankfully a few dry days around the middle of February meant we were able to get onto a dry part of the farm with the piping system.

Soil analysis was carried out this year before the application of slurry and we are waiting on the results.