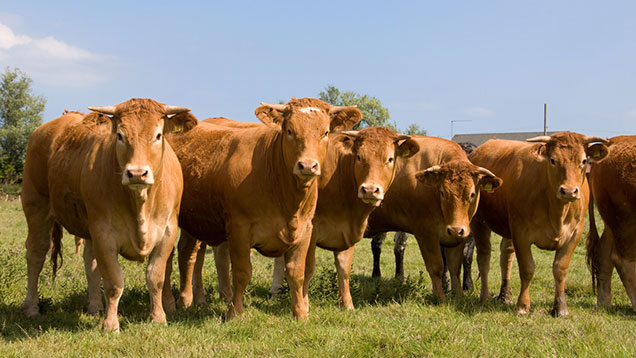 Existing rules say that beef cattle need only spend 90 days before slaughter on an assured holding to qualify for the scheme.

However, the proposed rule changes insist cattle must spend their whole lives on assured farms.

Red Tractor has launched a consultation asking farmers for views on how the changes should be delivered and began a series of nation-wide meetings at Cullompton, Devon, on Thursday (29 January).

Bill Harper of the National Beef Association said the organisation had gone “over the top”.

Mr Harper warned: “If you don’t pull back, you will have a fight from your own members, which will not be good for the whole industry”.

Mr Harper reckoned the additional cost to the beef industry of recruiting additional non-assured producers to the assurance scheme could be as high as £23m.

The implementation of the rearing scheme and register could be via

The consultation lasts until March 2015, but the Cattle Rearing Register could launch as early as September 2015.

“Red tractor estimates there are 14,000-16,000 store and suckler producers that aren’t assured. It’s reasonable to estimate the cost to our industry will be £23m,” he said.

But the chairman of the Red Tractor technical committee, livestock and arable farmer Andrew Blenkiron, insisted the organisation was fully committed to the changes which were needed to protect customer confidence.

He added surveys showed more than 50% of customers already believed beef was lifetime assured and 86% of consumers felt shocked, concerned or let down that lifetime assurance was not being delivered.

“We need to be able to demonstrate we are actively caring for the welfare of our animals and doing the job properly. Without some form of measure we have difficulty in supporting the standards.

“We have been working on this for a number of years, it is not something new. We have to do this to meet the expectations of our customers and to protect the integrity of the beef industry,” Mr Blenkiron said.

John Hoskins former Farmers Weekly Beef Farmer of the Year who sits on Red Tractor beef and lamb board said he was against the scheme.

“If you don’t have finishers on board it won’t go anywhere. I’ve had four finishers on the phone from across the country, who between them finish 24,000 cattle annually, and none of them are in favour of the scheme one bit.”

Mr Hoskins said if lifetime assurance went ahead then beef supply would become limited and some smaller abattoirs would not survive.

“If you restrict us buying non-assured cattle, there will be no finishers,” he warned.

John Dracup of meat processors St Merryn told farmers to “be careful what they wished for”.

“If the supermarkets jump on board we could end up with a plethora of schemes,” Mr Dracup said.

A second burning issue covered by the meeting was the introduction of active herd/flock health review monitoring issues such as mortality of lambs, incidence of disease and number of prolapses.

Phil Stocker, chief executive of the National Sheep Association admitted the organisation should have been more thorough with the detail during the consultation period.

“We spent a lot of time fending off some other changes and it was my understanding the standards were being introduced on a recommended level and not a required level,” he said.

Farmers wishing to take part in the consultation have until 27 March 2015 to put forward their comments. Read more at www.redtractorassurance.org.uk/beefconsultation