Judge Clive Davies admitted the high quality of all the beef breed champions made his job tough, but he finally gave Robert and Ann Shaw their first major championship. 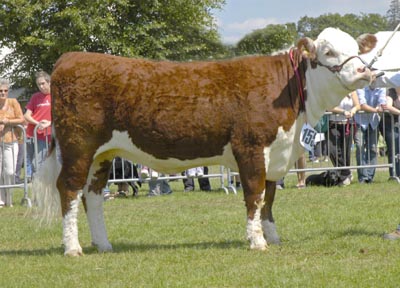 Their September 2004 born Hallwood 1 Oyster is one of just 25 pedigree Herefords they run on their South Wirral arable and beef unit. She will next appear at the Royal Show.

Her win was a blow for Roger Birch and his family. Their Simmentals had taken the top award at the Shrewsbury event every year since 2002, and after parading both the Simmental and Belgian Blue breed champions they were hoping to take top spot and reserve. 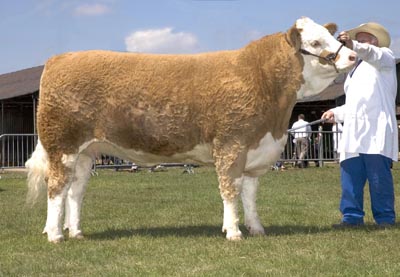 But the man who runs 20 pedigree cattle on less than 2ha near Stafford was sanguine after his Simmental heifer Celtic Princess could only capture reserve, and confident her day would come.

“I think she was the choice of a lot of people at the ringside, but she obviously didn’t impress the interbreed judge enough,” said Mr Birch.

Though only two dairy breeds were forward Nick Dain, the interbreed judge, said the quality was superb. For the second year running Ed Seaton of Seaton Farms at nearby Market Drayton led the stylish Hobson Spirit Mona to take the top spot. 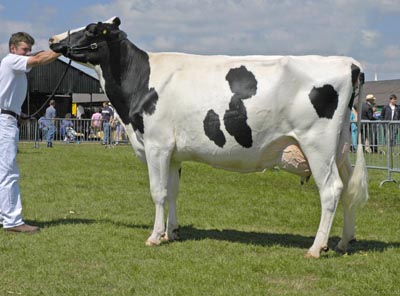 In her last completed lactation the home bred five-year-old produced an incredible 13,500 litres at 5% fat. In reserve was Mary and Andrew Wright’s outstanding Jersey cow , Fourcrosses Sambo Rummy. It was the first appearance at the show of cattle from the couple’s 150-cow herd in Staffordshire. 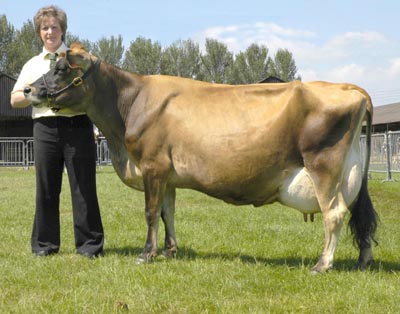 Reserve interbreed spot in the dairy lines was taken by the Jersey cow Fourcrosses Sambo Rummy.

The climax of the sheep interbreed brought a showdown between a terminal sire breed and a hill breed and between two highly regarded showmen. 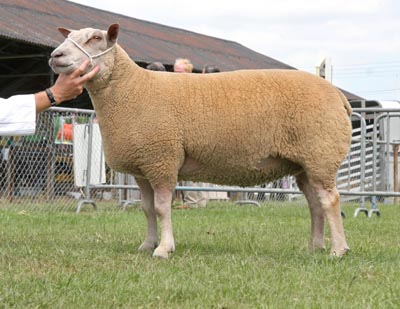 Chunky Charollais….Leader in the sheep lines was this Charollais shearling ewe from Robert and Jeanette Gregory.

Judge Andrew Jones kept the huge ringside crowd waiting while he handled the two sheep several times before placing his straw hat on the rump of the Charollais.

He said the main things separating the two were the ewe’s outstanding conformation and the way she seemed to float across the ground when she walked. 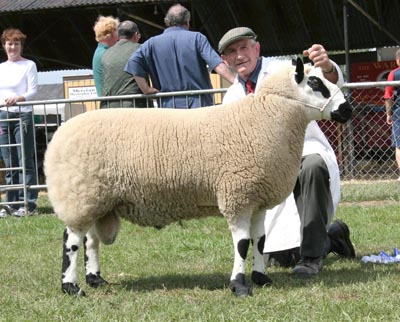 Fresh from an interbreed win at Three Counties Dick Powell’s Kerry Hill ram had to be content with reserve spot at Shrops and West Mids.