Mr Jeffrey, who owns and contract farms about 400 Aberdeen Angus cross sucklers as well as 300ha of arable land, became involved with Agri-Epi three years ago and has tried a variety of tech solutions.

He has found several to be beneficial to measuring and improving efficiency.

Below he gives his verdict on each one and explains how other beef farmers could benefit from using them.

A water trough which weighs cattle every time they drink. It can be used in cattle from 350kg to finished weight.

See also: More case studies and advice on beef farming in our Know How centre

Data can be exported via Bluetooth, with weight reports available to view on a phone, computer, tablet or at the weigh head itself.

This spring, the Bielgrange weigh head will be fitted with a 3G SIM card allowing the data to be automatically uploaded to the cloud. 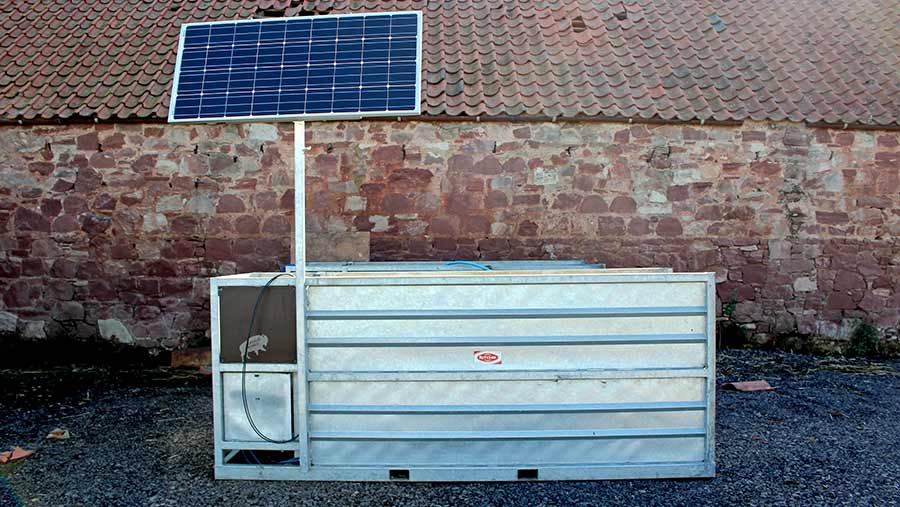 New software will also be available allowing data to be analysed and automatic alerts produced if, for example, animals are underperforming or are nearing finishing.

The crate has been used to weigh cattle from 480kg to finish weight to monitor when animals are ready for slaughter.

Because of the size of the weigh crate it is not possible to use it for animals under 350kg as there is the potential for more than one animal to fit in the crate.

Before he had the crate, Mr Jeffrey was weighing his cattle every three weeks in the run up to finishing, with heifers being finished at 580kg and steers at 680kg.

It used to take more than three hours to weigh 100 animals before EID tags (see below), but it less than 1.5 hours with EID tags.

This summer, Mr Jeffrey will be using the weigh crates out in the field where he will be strip-grazing his heifers at 400kg.

It will be solar-powered and will be used to monitor daily liveweight gains at grass.

It allows farmers to keep track of animals that are nearing finishing and can also highlight where an animal is not performing as it should.

The potential for the beef monitor is great. If you are a farmer who doesn’t weigh cattle in the run up to finishing, then to go from not weighing to using one of these, it is a huge leap but will help you hit market spec.

For us, the new software will help in the breeding analysis. In the future, they are looking at a camera fitted above the water trough to assess body conformation as well as installing an auto shedding gate.

A neck collar used to monitor heat and health by assessing activity, eating and rumination.

It uses long-range wireless technology to send information back to a touch screen cloud-based application. Information can also be viewed on a phone, PC or tablet.

It is being trialled on 150 suckler cows for oestrus detection. The spring-calving herd is mated by natural service in the summer at grass. 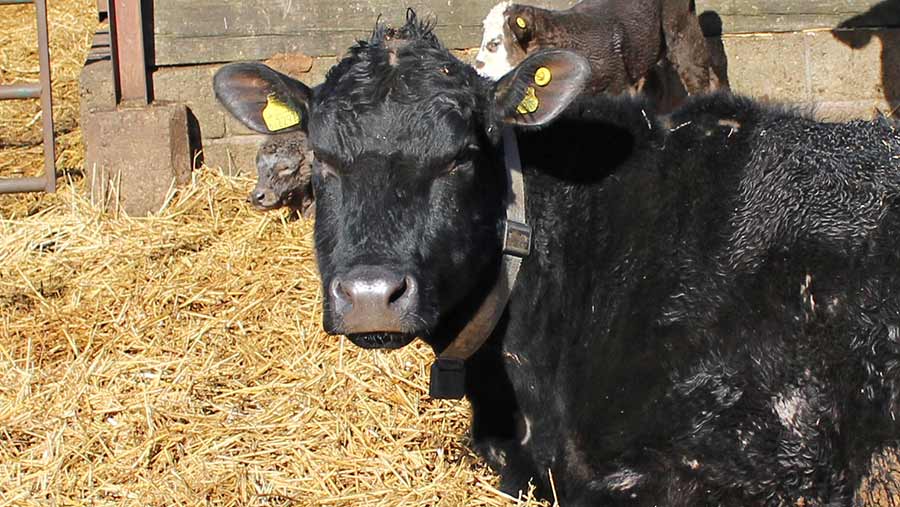 The cows must be moved back inside before 180 days post-bulling.

The sensors in the shed can pick up the stored information in the collars, allowing bulling dates to be viewed.

This was introduced to the farm last year. From the data he was able to determine which cows were not in-calf after repeat bullings or no bullings detected.

These females were then taken out of the calving group and placed on a different ration.

Farmers using AI for breeding would also benefit as they would be alerted to cows in heat.

Calibration is needed for suckler cows; however, the potential is there for really helping fertility.

It could help me build a more accurate picture for breeding selection.

It could also help ease management by allowing me to group animals based on their calving date, as we calve through a single shed.

For farmers using AI the potential for more accurate heat detection is huge. It could do away with the need for synchronisation.

A split-cell weigh bridge used for accurately weighing feed to each group of cattle. It is also used to calculate crop yields at harvest.

Cattle are fed a straw-based ration including bruised barley and distillers’ dark grains.

The weighbridge was installed eight years ago and allows accurate measurement of all feed. 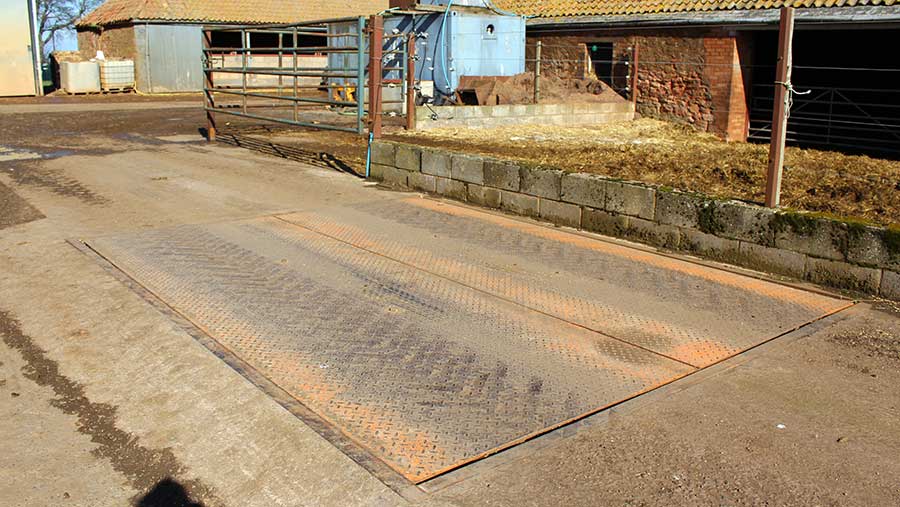 The farm does not have a mixer wagon as it is a straw-based ration, so all the feed is mixed on the floor using a forklift.

Feed gets weighed every day before going to different groups of animals.

This allows Mr Jeffrey to calculate how much they are eating and to fine-tune diets based on growth rates.

An invaluable bit of kit which we not only use for accurately weighing feed ingredients for different groups of animals, but also to monitor crop yields from our 300ha of arable.

Ear tag numbers don’t have to be recorded by hand as it can all be done using a stick reader, which saves labour and improves accuracy. 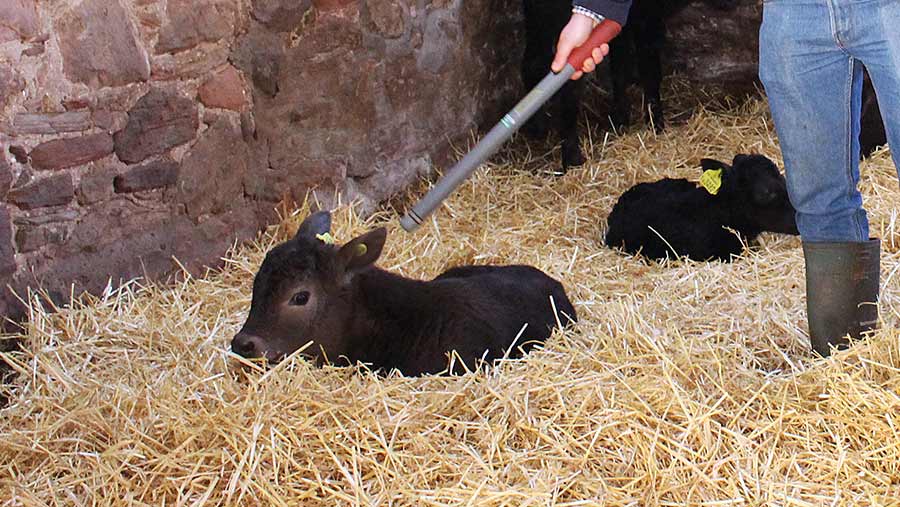 An extra £1 over the normal price of a tag.

EID is invaluable as it makes data management easier and more accurate.

A free messaging app for phones and PCs that allows group messaging.

Mr Jeffrey has set up a group including three members of staff as well as himself and his father. WhatsApp is used to log information.

WhatsApp is invaluable for us. It helps us communicate, especially with us farming across three different sites.

I quite often scroll back through messages and use it as a log for treatment dates, for example. It’s a quick and easy way to record information.

A drone can be used for aerial imagery of fields and stock.

Mr Jeffrey got the drone last summer and has used it on the grass fields to map grass weeds.

In the wheat growing season he hopes to send it up three or four times to assess variation within a field. This will highlight areas for further investigation on the ground.

In grass fields, by mapping grass weeds it can aid spot spraying which will reduce herbicide use and could help protect clover in the fields. 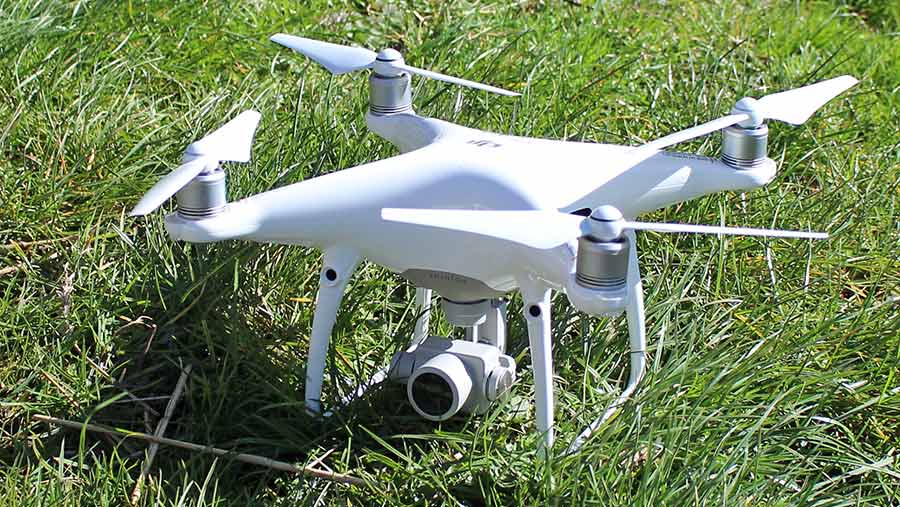 In crop fields, where there is poor establishment, it can help identify areas of compaction or problems that are not readily seen by walking the crop.

It’s a useful bit of kit, but it doesn’t eliminate the need to walk the crop and investigate the issues.

The potential for labour saving is there as, rather than walking the whole field looking for issues it can highlight areas to investigate.