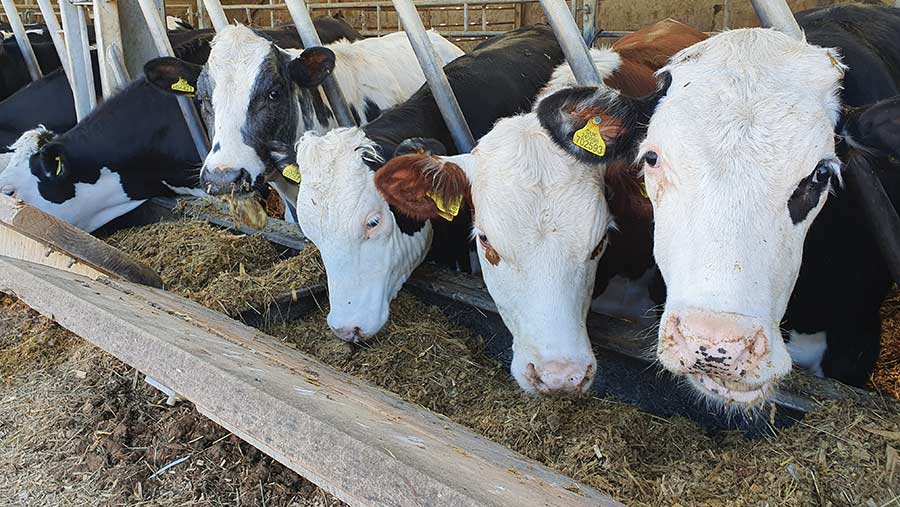 After rearing, they move on to a low-cost ration that uses unsaleable crops from the arable business and bought-in feed waste. This helps maximise potential margins.

“I’m buying a low-cost animal that no one has tried to get a profit from before me,” explains Mr King.

“We’re feeding them waste products – while still providing a quality diet – and homegrown feed such as potatoes and homegrown fodder beet this year. My physical capital outlay is minimal.”

With Arla among a growing number of milk processors moving to stop the slaughter of dairy bull calves under eight weeks old, Mr King’s model could prove useful to dairy farmers looking for an outlet for calves.

This could be particularly attractive to arable farms looking to address diminishing soil fertility by reintroducing stock.

“What’s the point when you can feed the real thing, get the muck back and produce a product the market wants?”

The value of mixed farming has long been recognised by the King family, who traditionally ran pigs and cattle alongside the arable.

The decision to source dairy-bred calves locally came about seven years ago when Mr King began to experience health challenges in bought-in cattle.

“We started buying from a dealer in Cheshire, but we were starting to get TB problems and pneumonia as they were coming from so many farms,” explains Mr King.

As a result, he instigated discussions with three Essex producers to see if he could source stock directly. 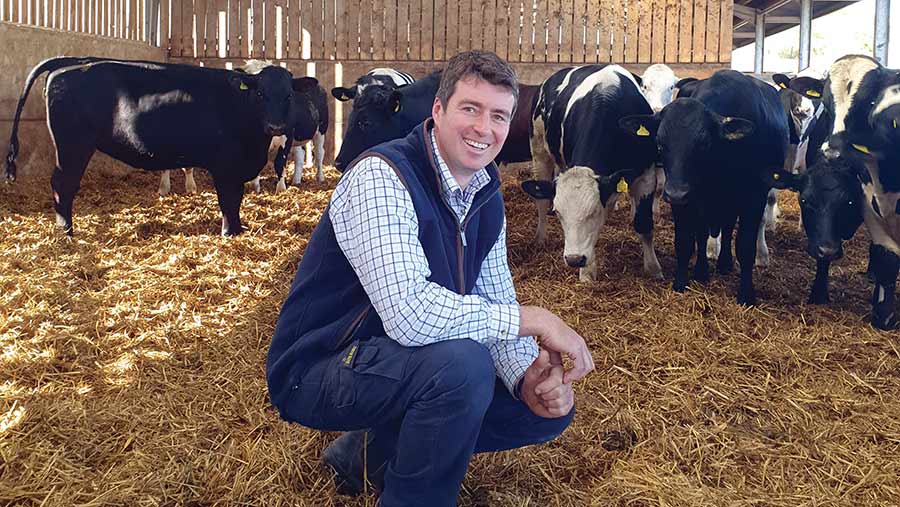 Will King with his herd © Will King

This would minimise any disease risk as they would be coming from herds of known health status on a four-yearly testing regime.

He now buys from three dairy farms and takes every beef calf they produce. Mr King works closely with the dairy farms to discuss requirements.

To maintain relationships, and encourage calf quality, on average, producers are paid slightly above market price, with Mr King aiming to take out the peaks and troughs of the market.

Mr King buys the calves from one week of age. They are then picked up from the dairy farms by contract calf rearer, Daryl King, who feeds calf milk replacer twice daily before weaning them at eight weeks of age.

At 14 weeks, they move to Will King’s farm, where they are housed year-round. Bulls are castrated. Will King believes diet consistency is essential to prevent dips in growth rates. With that in mind, he continues to feed the same pre-weaning pellet up to six months old.

He also avoids making any changes to the total mixed ration (TMR). The current TMR includes grass and maize silage, brewers grains, waste bread, homegrown fodder beet and some feed-grade urea. Sometimes, potatoes may be used instead of fodder beet. 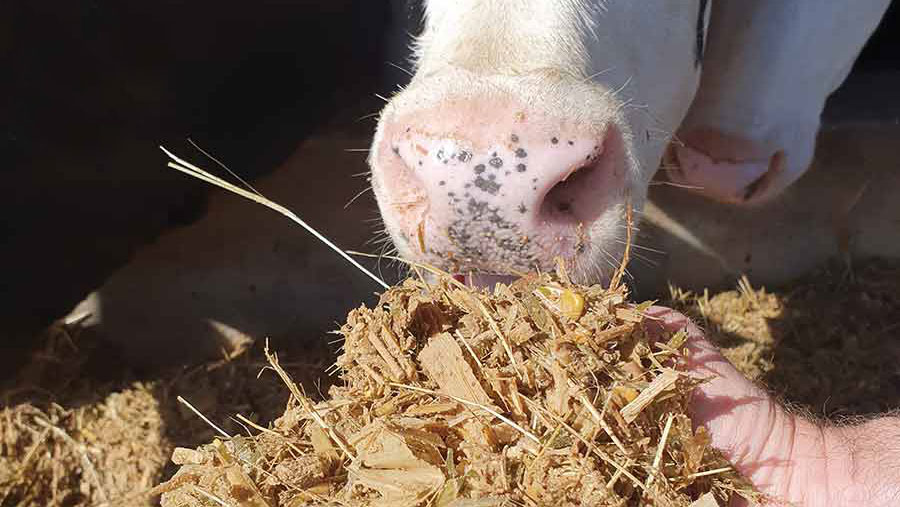 Onions may also be fed to younger animals, but they must not be fed three months before slaughter to avoid meat taint. Some wheat or barley bran may be bought in, but the aim is to avoid concentrate feeding.

The proportions in the ration will be altered to deliver a 14% crude protein diet until 11 months of age, when this reduces slightly to a 13% grower/finisher ration.

The aim is to make the most of the better feed conversion efficiency in younger animals and finish them by 18 months old. Mr King believes keeping them any longer just encourages frame growth and adds to overhead costs, which reduces margins.

Half of the beef animals are finished and sold to Dunbia. These typically achieve 320kg deadweight at 18 months old at O- or O+3. The rest sold as stores. On average, cattle are hitting growth rates of 1.2kg/day from arrival to slaughter.

He explains: “Others will get better growths than me. I’m not getting the fastest growth, but I’m doing it economically.

“The margins in beef are very tight and you have to be careful with your overhead costs; they can easily spiral.”

With the recent crash in beef prices, Mr King says all farmers will struggle to make money. However, he feels his low-cost model puts him in a better position than some.

“At the current price of £2.91/kg, any profit is very marginal. However, I feel we are in as good a position as we can be to weather the forthcoming storm,” he says.

He believes his model also proves there is a market for dairy-bred beef, particularly considering the demand for smaller cuts and processed beef – something that has increased in light of coronavirus.