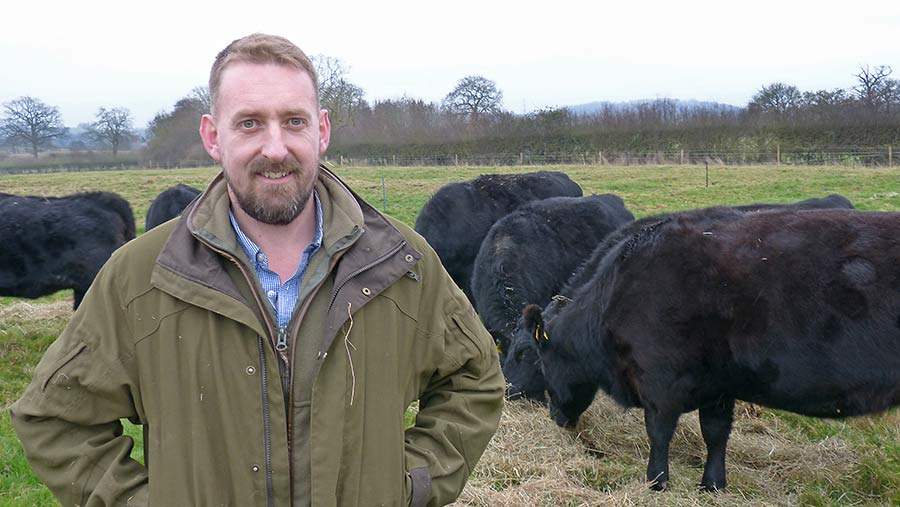 A deferred mob grazing system and maternal native cows have helped slash costs and left a cash-only net profit of £350 a cow on one Worcestershire organic farm.

Rob Havard and his father David, who farm 170ha from their base at Phepson Farm, near Droitwich, Worcestershire, have cut fixed costs and inputs by building organic matter in their heavy clay soils.

Despite the home farm being on Evesham series lias clay, cattle can now be outwintered after a three-to-four-year period of soil health improvement.

This has resulted in a gross margin of £507 and cash-only fixed cost of £157 a cow, with fuel, contracting and machinery costs kept down through a low-input system, based around mimicking nature.

Through deferred mob grazing (leaving grass later and grazing at higher covers), the performance-recorded Angus cows have lifted soil organic matter to 12-15% on some parts of the farm, compared with 3-4% on nearby arable units.

The system requires longer rotations to allow sufficient winter feed (standing hay) to build up through the summer and then be mob grazed.

Variable costs have also been reduced, with no hard feed or mineral supplementation of any kind and no routine use of vaccinations or wormers.

Rob grew up on a conventional beef and sheep system using Limousin and Charolais genetics and north country Mules. After leaving home to train as an ecologist and work for ADAS and as an estate manager, he returned to the farm and experimented with grazing cattle. 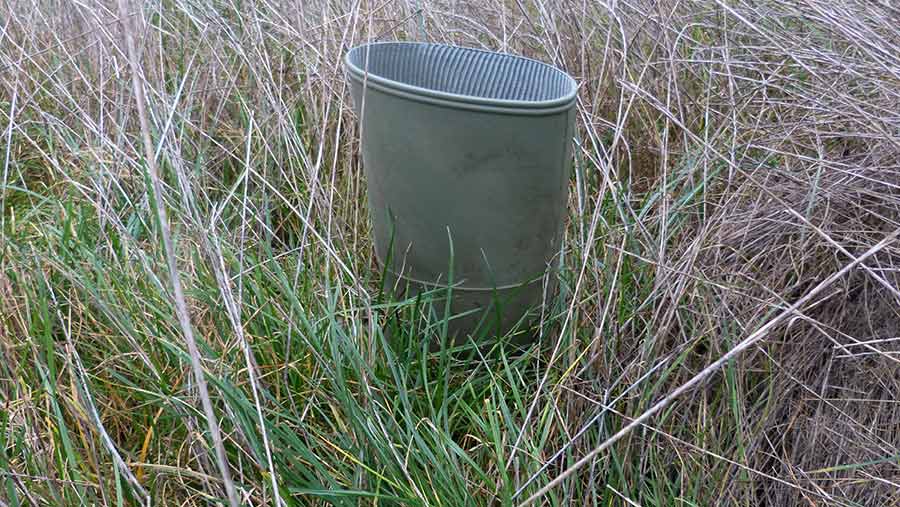 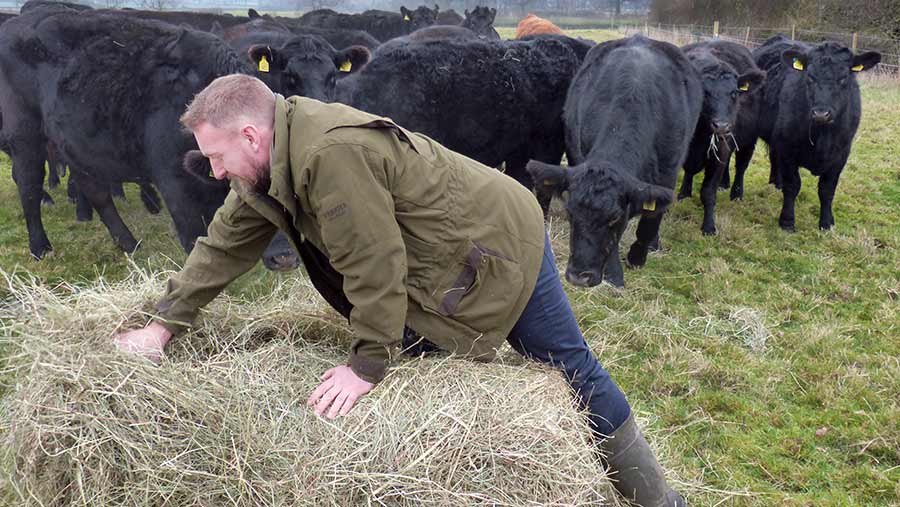 Cows are kept out all winter, with bales rolled out to supplement grazing when regrowth stops

The system – called deferred mob grazing – shortened the housing period. After two years Rob could leave the cows out all year round on his heavy soil.

Cattle are fed on nothing but grazed grass and hay, which is either bought in from organic farms or made on farm.

Paddock sizes are budgeted at 17.5kg DM/cow/day (2.5% of bodyweight), typically seeing cows on paddocks for two to four days.

“There are no hard and fast rules,” Rob explains. “We leave plenty of residual to photosynthesise and regrow. One way of picturing it is the ‘take half, leave half’ rule or ‘graze, trample and leave a third’.”

Breeding bulls are the only animals housed all year. This is done to add condition in January and February on hay and 3-4kg/head/day of 18% crude protein organic Lucerne grass pellets, costing £126 a head at £400/t.

Large hay bales are rolled out daily through winter to supplement deferred winter grazing. Hay is never stored under a roof. It is allocated when winter budgets are calculated late in the summer. 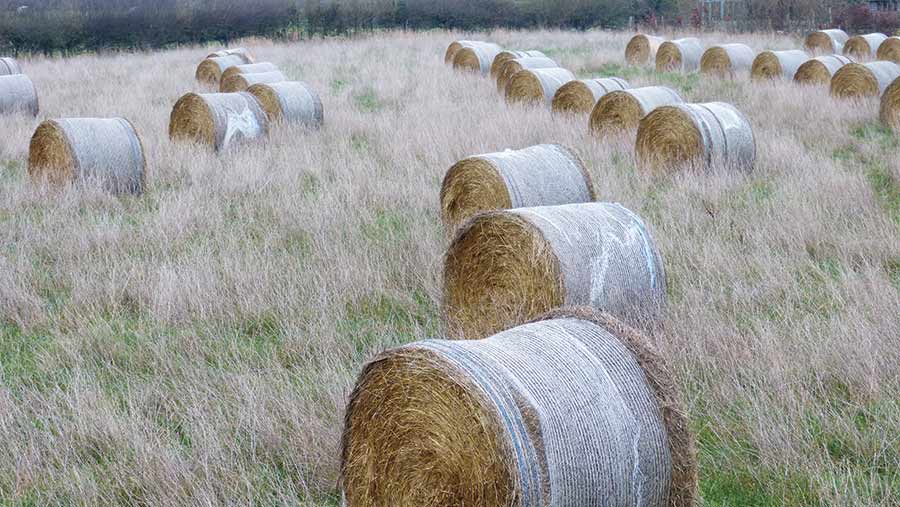 A reserve of hay bales is stored in a grid in a field each winter, acting as a forage store. This is called a “bale pod” and is used in times of extreme weather, whenever Rob is absent from the farm, and in March to wean.

A week’s worth of bales is usually fed to provide ample feed space and minimise the effect of dominant and subordinate cows.

Easy-fleshing forage converters with low maintenance requirements are needed, explains Rob, who, starting from a wide genetic base, is combining native, US and New Zealand Angus genetics to find the right cow for his system.

Weights are taken as part of the herd’s performance recording with Breedplan. Calf birthweights are typically 38-42kg.

Three farms are now being managed, and in 2019 will house three 30-cow mobs with the following infrastructure investment on each, in addition to rail fencing and steel gates:

One tractor is kept at home with a topper and trailer for hay transport.