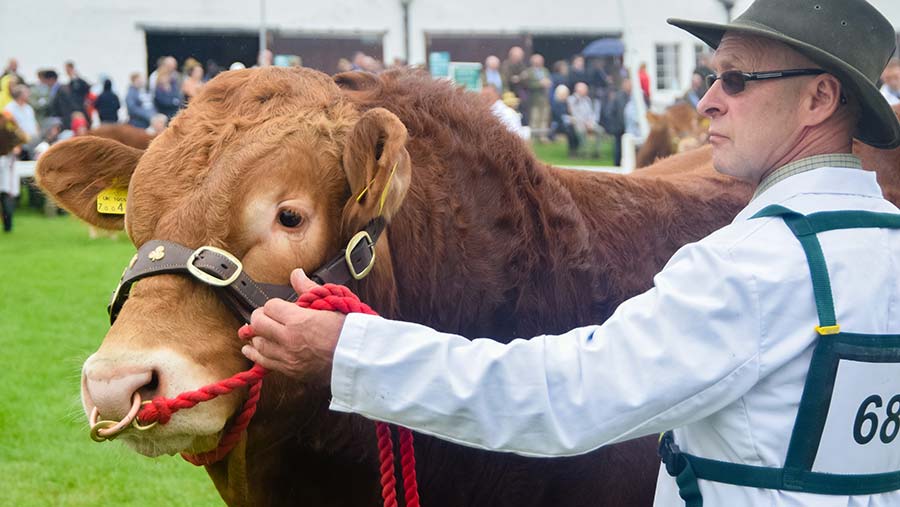 A Limousin breeder has confirmed he is safe and well after sustaining head injuries when he was trampled by a bull in a freak accident at the Great Yorkshire Show on Tuesday (9 July).

Eye witnesses said the distressed bull slipped down the bank on its way to the show ring, knocking Mr Barron over before accidentally kicking him in the side of the head, which led to him needing four stitches behind his right ear.

“I was taking Oslo out to the ring when apparently an umbrella was shaken,” said Mr Barron on the morning of the second day of the show. “His eyes lit up, and then he slipped back and lost his footing.

“The bull was caught straight away and he was OK. I was told I needed the stretcher, although I could have walked into the ambulance myself. I have a bit of a headache, but I’m fine.”

Mr Barron returned to the showground at 2pm on Tuesday afternoon, where he was visited by Yorkshire Show director Charles Mills to discuss the incident. 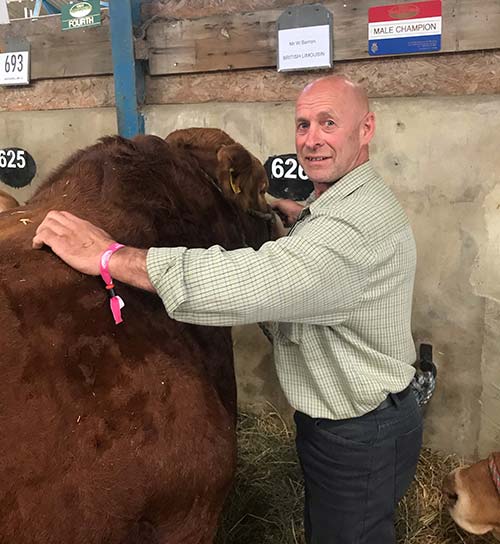 Bull and breeder both well: Mr Barron pictured on Wednesday with Barrons Oslo who clinched the male championship at the Great Yorkshire Show at Harrogate before the accident

Judge and fellow Limousin breeder Steven Priestley confirmed the bull had become startled and was not ill-tempered.

Mr Priestley, from the Brontemoor herd, Brampton, Cumbria, added: “I saw him shown at Skipton and Northumberland show in May and the Cumberland show earlier this month, and he has been as quiet as a mouse.

“There are no issues with his temperament as far as I’m concerned. Over the past 15 years, the Limousin breed has made big strides in the temperament of cattle.”

A Yorkshire Agricultural Society spokesperson told Farmers Weekly that the health and safety of exhibitors, livestock and showgoers was paramount to the Great Yorkshire Show and said the incident would be reviewed during the post-show debriefing in the coming weeks.