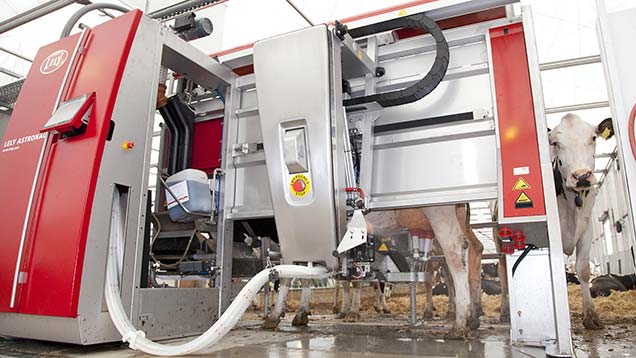 The Livestock Event has scooped a prestigious award for the robotic milking and feeding demonstration featured at last year’s show, beating off rivals such as the Clothes Show and Ideal Home Show.

“It’s a really great example of a feature area built with absolute relevance to the event and audience to which it caters. It was a tremendous demonstration using live animals to show how the system really worked and this was rewarded with outstanding commercial results from the show, which is the reason it was there.”

Livestock Event director Matt Knight said: “We are thrilled to receive this award, not only to recognise the success of the world’s first combined robotic milking and feeding demonstration at an event, but for the entire livestock sector. To my knowledge, an agricultural show has never won an EN award, which makes this extra special.

The robotic feature was the most popular area with visitors last year. Lely will be returning with the same demonstration with 40 dairy cows, but extending the robotic feeding to include beef as well as dairy at the 2015 Livestock Event taking place at the NEC on 8 and 9 July.