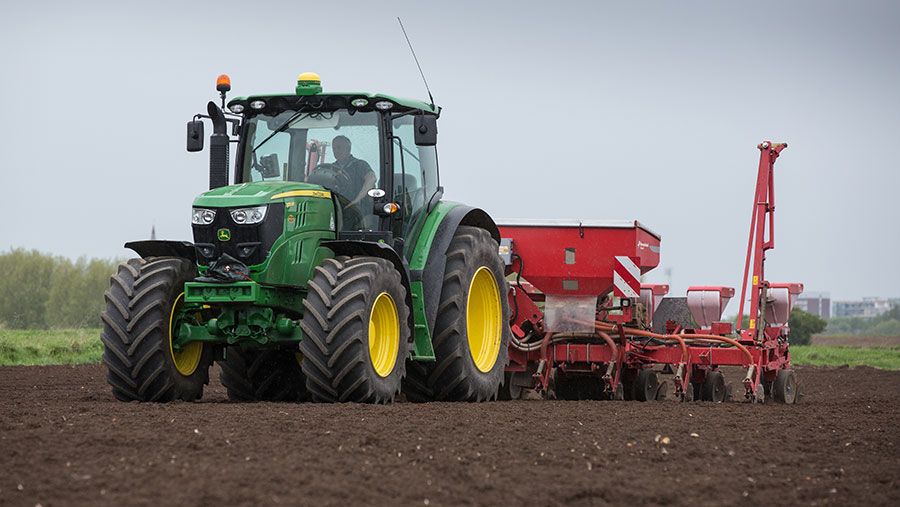 The extreme weather and extended drought last year made it a difficult season for maize growers, with many producers across the country reporting losses and unexpectedly early harvesting windows.

While the weather is something growers are unable to control, perfecting other areas of maize establishment and growth can help reduce the risk of further losses.

Ahead of the 2019 season, John Morgan of the Maize Growers Association talks through the key things farmers can learn from 2018 and gives advice on what to consider when planting and growing to get the best out of this year’s maize crop.

There was a lot of variation

While maize is a drought-resistant crop, the extended hot, dry weather seen last summer caused havoc for growers. The effect of this varied greatly across the country, with some reporting better-than-ever maize crops while others noted reduced root growth and yield.

Early drilled crops thrived the most

Despite the weather pressures, growers who drilled maize crops early and into well-structured soils saw the best results in 2018.

Harvest was much earlier than usual

The 2018 maize harvest was about two weeks earlier than usual, on the back of the hot and dry weather. This caught many growers out and resulted in a lot of dry maize crops.

Advice for the season ahead

1. Carry out a soil assessment

Ensuring soil is in the best condition is the key to growing a good maize crop – if the roots aren’t able to access moisture then the crop will subsequently suffer.

Consider subsoiling before drilling to alleviate any compaction and ensure seeds are being sown into a good, fine seedbed.

At this stage, it is also worth getting a soil analysis done and rectifying any issues before drilling.

Target: pH of six and P and K indices of two.

2. Don’t drill or harvest based on a pre-set or ‘traditional’ date

Although early drilled crops performed the best and the earlier harvest caught many out, it is crucial to not get hung up on drilling or harvesting on specific dates. Instead, base drilling around soil condition and temperature.

Target: For optimum drilling conditions, soil needs to be 8C first thing in the morning for four or five days. As soon as the conditions are right, go for it.

About 60% of maize yield is attributed to establishment so paying attention to the drilling process is very important. The advice is to slow down and ensure you are drilling at a consistent depth, using consistent spacing to ensure good, even establishment.

Target: Depth and spacing will vary from farm to farm. Spacing should be matched to seed rate. For example, those using 50,000 seeds/ac will need to use greater spacing compared with those using seed rates of 45,000 seeds/ac.

What is crucial is that the depth is consistent across the field.

4. Monitor the crop carefully throughout the growing season

At various stages throughout the growing season, take into consideration the weather pattern and temperature.

Both of these factors can affect maturity and harvest date and could mean an earlier or later harvest than usual, so it is important to be prepared for both eventualities.

Monitoring weed levels is also imperative. In the first six weeks after drilling, maize is at its most vulnerable in terms of weed competition.

Growers need to ensure they don’t allow weed competition to take moisture or nutrients that are needed by the crop – looking for problems and hitting weeds early is essential.

5. Be flexible with your plan

As proved last year, the weather can very quickly change things for maize growers and adapting to it can make all the difference between a good or bad crop. Do not get tied to dates, but make decisions on an individual field basis and be flexible with your approach.

In the run up to harvest, assessing the dry matter of the crop is key. Maize has a relatively consistent dry down rate, meaning that if you know the DM rate at the beginning of September, you will be able to predict an accurate cutting date.

Drying down can be done in a number of ways, including in an oven overnight or looking at a cob and assessing the maturity of the grain. Basing harvesting on the results of this, rather than a traditional date, should make for a much more profitable harvest.

Target: Whole-plant dry matter (DM) for most growers in a normal year will be between 30% and 32%.

Variety choice can play an influential role in the success of a maize crop. Individual requirements will vary from farm to farm depending on factors such as soil type, quality requirements and disease risks.

Below is a list of the top 10 varieties – in terms of dry matter yield – taken from the British Society of Plant Breeders 2019 Forage Maize Descriptive List, which are available to growers for the 2019 season.

“Something like Avitus by KWS is a good all-rounder with excellent yields for its maturity, producing good ME at harvest, with very good standing power scores.”

“Growers are looking for highly digestible, good quality silage plus early vigour – often an undervalued character in more challenging conditions where the ability of a variety to demonstrate vigorous early growth is particularly important.”