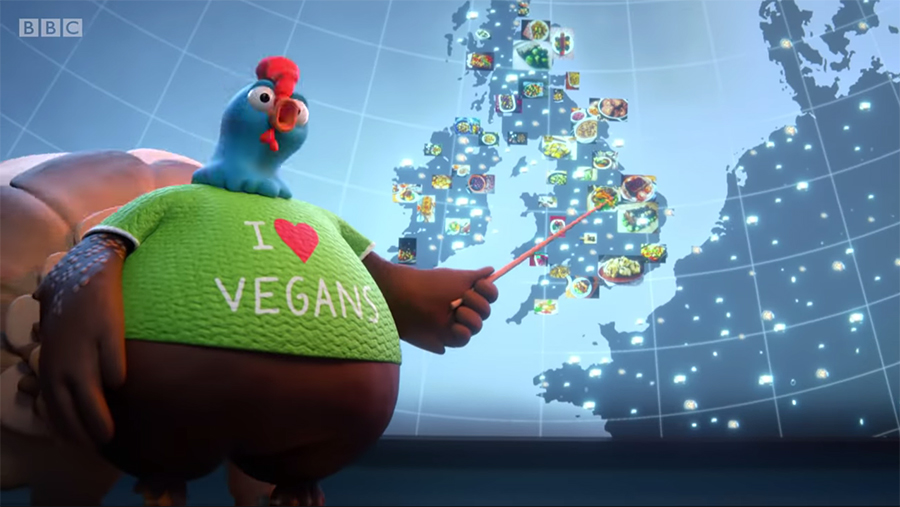 The Association of Independent Meat Suppliers (Aims) has hit back against what it calls the “creeping tide of vegan propaganda promoted in some parts of the media”.

The organisation has written to the BBC to complain against its latest trailer, BBC One Christmas Film 2019: #XmasLife, introduced by Graham Norton.

The ad features animated turkeys wearing jumpers proclaiming: “I love vegans”, who state “less of us have been gobbled this year” to cheers from the audience.

It has attracted criticism from the NFU and other farming groups who have accused the BBC of breaking its own editorial guidelines on impartiality.

Norman Bagley, head of policy at AIMS said: “We have led from the front, challenging the BBC’s director general to re-edit and also reporting elements of the trailer to Ofcom.”

Aims, which represents abattoirs, meat cutting plants, packers and processors, claimed the broadcast, which first aired at the start of December, devoted imore than 10% of the total air time to vegan viewpoints and also included two possible subliminal messages.

In a letter to BBC director general Lord Tony Hall, Aims chairman John Thorley urged the BBC to make an apology for an unsubstantiated claim on turkey production, which was not supported by the facts.

Figures from Defra and the Office for National Statistics show that 14.8 million turkeys were slaughtered in the UK in 2018, an increase of 3.5% on 2017.

The BBC has denied that its original ad was “anti-meat” or encouraged veganism.

“The cartoon turkeys in ‘Go Vegan!’ t-shirts are intended to be comedic and playful in keeping with the slightly surreal, exuberant spirit of the film, rather than any kind of endorsement or encouragement of a vegan lifestyle,” a spokesperson for the BBC said.

The latest row follows an angry backlash from the meat industry over the BBC’s documentary Meat: A Threat to Our Planet? which cast doubt on the integrity of the UK meat sector, failed to explain the benefits of grass-based production systems, and encouraged consumers to cut back or stop eating meat altogether.