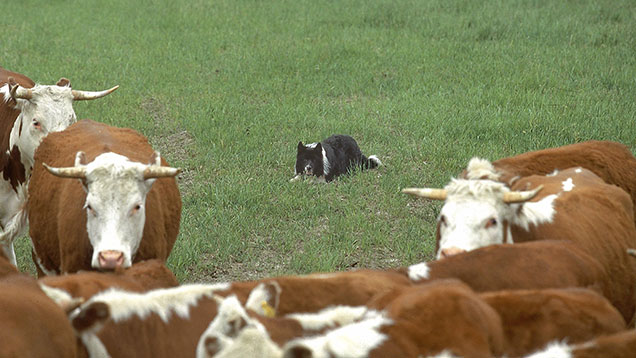 An increase in infection levels by the parasite Neospora caninum has forced the Cattle Health Certification Standards (Checs) to add it to their list of targeted diseases.

Evidence shows infection levels from the parasite, which is hosted in dogs, could be as high as 51% across UK beef and dairy herds.

The risk is so great that it is the first new disease in 15 years to be added to Checs, the regulatory body for cattle-health schemes in the UK and Ireland, and joins Johne’s disease, BVD, IBR and leptospirosis.

See also: How to minimise the risk of neospora spread to pregnant cows

Neospora and can cause abortion in cattle if they ingest oocysts shed by infected dogs. The parasite can also be spread during pregnancy to the foetus from dams infected before their own birth.

Checs executive director Tim Brigstocke says the biggest loss from neospora comes from abortion – this is either directly in the form of the loss of a calf but also – in the dairy industry – failure to get a cow back into milk.

He says: “Cattle infected with the parasite are up to seven times more likely to abort, and with an average dairy herd size of 121 cows, the cost to a farm each year is about £3,000.”

Mr Brigstocke is now calling on farmers to get involved in a licensed health scheme to eradicate neospora.

“Cattle infected with the parasite are up to seven times more likely to abort, and with an average dairy herd size of 121 cows, the cost to a farm each year is about £3,000.”
Tim Brigstocke, Checks

“Farmers keeping closed herds will reduce the risk of introducing neospora on to the farm.

“They should dispose of cattle tissues left over from a calving, or aborted foetuses.

“If infected with neospora these pose a high risk of transmitting the parasite to dogs,” he says.

Mr Hateley says dogs should also be prevented from having access to calving areas or parts of the farm where pregnant cattle are kept in order to stop them becoming infected from eating placenta or abortion material.

He adds: “Dog owners should be made aware of the risks too; if the dogs is infected and their faeces isn’t picked up, there is a possibility that they could be leaving infected material for cattle to eat as well as starting off the whole cycle again.”

There are no licensed drugs for the treatment and prevention of neospora infection in cattle.

“That means preventative measures are key to controlling the spread of neospora,” he says.

Farmers can find out more at www.checs.co.uk.