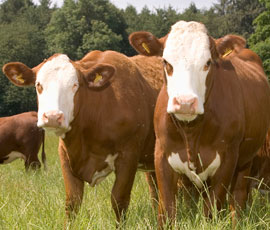 Organic red meat sales increased by 11% in both value and volume terms in the year to 15 May, according to latest data from analyst Kantar Worldpanel.

This was driven entirely by a 31% increase in volume sales of organic beef, as households bought 19% less organic lamb and 27% less organic pork. It follows a significant drop in sales last year as the recession restricted consumer spending, and puts organic beef sales just above those reached in 2009.

“The success of organic beef in the past year has largely been driven by increased retail promotions,” says a report by AHDB Meat Services. “Almost half of all organic beef was purchased as a result of a promotional activity, more than double that of pork and lamb. However, organic purchases of red meat account for less than 1% of fresh red meat purchases and volumes are, therefore, still low.”

In 2010, more than half of total spending on all organic products was made by just 8% of households. “The total value of organic food sales is forecast to fall by 7% between 2010 and 2015 as consumer household budgets are tightened further.”