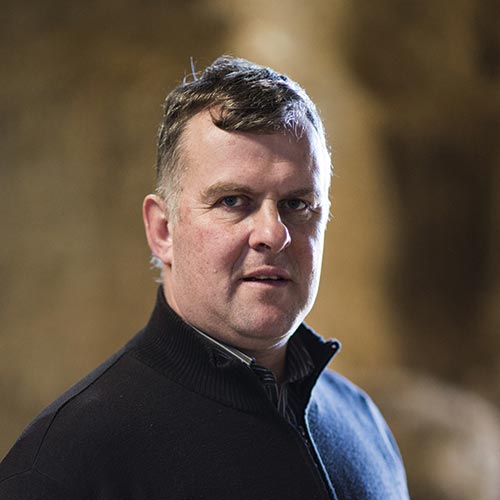 Northern Ireland beef producer Sam Chesney has more than doubled his output/ha by 469kg of liveweight since switching to managing his suckler herd on a grass paddock system.

He is now producing 1,119kg of beef liveweight/ha – close to the Northern Ireland average of 611kg.

Mr Chesney, of Cool Brae Farm, Kircubbin, used to produce 650kg in 2010 when his suckler cows and calves were set-stocked.

His 150-cow spring-calving herd is managed on 5ha paddocks that are then split into 1ha blocks using mains electric fencing.

Cattle are usually turned out for part of the day by late February in a system aimed at making the best use of the earliest spring grass.

“In the spring we might put six or seven cows in a 1ha block. As the ground improves, we double up those group numbers until there are about 40 cows on 1ha, usually by late April or May.

“Paddocks are closed up from October so we can turn cows into paddocks in the spring carrying 3,000kg DM/ha. They come off three days later when the grass is at toe height – about 1,100kg DM/ha.

But flexibility is key to this system, says Mr Chesney.

“If it is wet we don’t let cows stay on as long and we use the electric fencing to make smaller paddocks and move them more often.

“You have to make the best use of the grass you have.”

Although this season’s wet conditions means some of the farm’s finishing cattle will remain inside instead of being turned out, grazing priority will be given to newly calved cows.

The cows will calve inside, but will be grazing the paddocks within two days.

“You have to be flexible and keep cows moving around the paddocks to avoid any damage or compaction through treading. We can sometimes have cows in a paddock for just a couple of hours and then bring them back inside if we need to.

“It’s not a difficult system to manage. Once you get them used to it the cows are quiet and easy to move around. It’s a one-man job.”

The main cost of installing the system has been the electric fencing, at £6,000-7,000, and the purchase of more water troughs.

“But it has been easily paid for in the extra liveweight gain we have achieved,” says Mr Chesney.

“If we didn’t use a paddock system and simply turned cows and calves into a 4ha field, we would be wasting grass.

“Cows would just trample and spoil it. But the secret of this system is to stay aware of the grazing conditions and to keep cows moving around to fresh grass. By the time you have gone all the way around the farm, the ground conditions should have improved.

“The real benefit is total control over what the cows have in front of them. We have been watching what dairy farmers have been doing for years and since we switched to this system six years ago, we have doubled our liveweight output a hectare.”