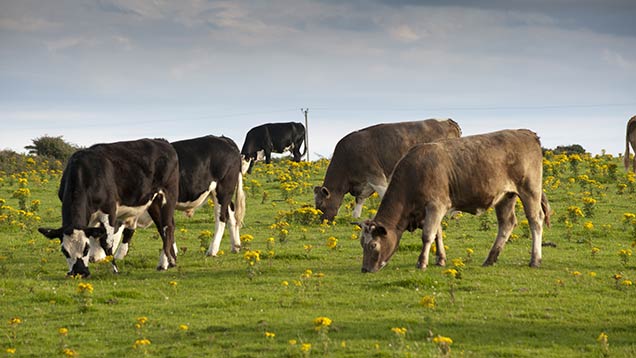 Dairy cattle and sheep numbers are rising in Wales but the national beef herd is in decline, according to Welsh government figures.

The June 2014 Survey for Wales, conducted by the Welsh government, shows sheep and lamb numbers rose by 3% on 2013 figures to 9.74 million. This represents the fifth consecutive annual increase and the highest recorded since 2003.

The report states that a main contributory factor is a 10% rise to 4.4 million in the number of breeding ewes, the largest breeding flock recorded in a decade. The number of lambs under 12 months stood at 4.8 million.

Charlotte Morris, Hybu Cig Cymru’s industry information officer, said there had also been an increase in lambing percentages and rearing levels in the past decade and the figures highlighted this.

“If we compare the past five years we can see that we now have 14% more ewes and 20% more lambs. Taking the figures at face value, the increase in ewes should result in a bigger lamb crop for the 2015-16 season, depending on the conditions over the coming months,” she said.

The annual survey showed the total number of cattle and calves in Wales was 1.1 million, representing an increase of 1% on 2013. This was largely due to dairy cattle numbers rising by 6% to nearly 290,000 – the largest dairy herd Wales has seen since 2006.

The number of male cattle aged more than two years was up on the previous year by 8% to nearly 46,000 head.