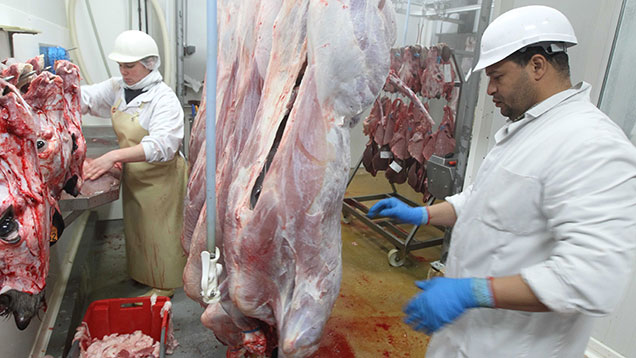 There was a slight increase in the number of prime beef carcasses meeting market specification in 2014, according to Eblex analysis.

Latest figures suggest the number of carcasses hitting R4L or better target specification rose from 51% in 2013 to 52% in 2014.

More detailed analysis also reveals that quality gains in the past 12 months have mainly been in confirmation, with just over 60% of prime cattle now achieving confirmation classes E to R.

More cattle were slaughtered with too much fat cover in the summer months, than the winter.

“It is likely that the retention of cattle to increase carcass weight has also resulted in an increase in the fat content of those animals, emphasising the need for beef finishers to pay close attention to the level of finish at selection for slaughter,” said Eblex.

“Producers are encouraged to handle cattle regularly to ensure the carcasses hit target at slaughter.”