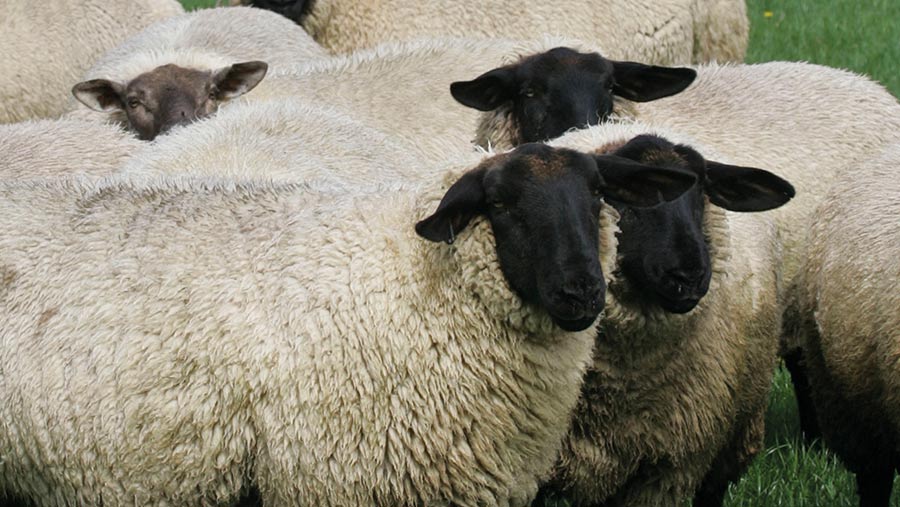 Lameness and endemic infectious disease remain the most troubling problems affecting cattle and sheep production and wellbeing, a nationwide survey by independent body Ruminant Health and Welfare (RH&W) has found.

The aim of the survey, carried out last November and December with the help of AHDB, was to establish the disease, health and welfare priorities of those working with cattle and sheep.

See also: Pasteurella vaccines: Common mistakes and how to avoid them

“These results are some of the first that truly take into account those at the coalface of farming, who deal with these diseases and conditions on a daily basis,” said RH&W’s chairman, Nigel Miller.

Participants were asked to select from a list of diseases the three which, in their experience, have the greatest impact on the flocks or herds they work with, and those in their locality, with a particular focus on diseases affecting productivity and/or welfare.

They were also asked to select up to five diseases which they believe have the biggest effect on herds and flocks nationally, especially in relation to productivity, consumer perceptions or industry reputation, and market access.

They were then invited to assess the scale of impact of these diseases.

In a similar way, respondents were also asked for their views on syndromes: broader conditions caused by a range of potential factors and commonly associated with particular stages in the production cycle.

Of 15 sheep diseases presented for consideration, the top five affecting sheep production and welfare in the UK were:

Of 19 cattle diseases* presented for consideration, the top five affecting cattle production and welfare in the UK were:

*TB was not included, so as not to detract from the results.

From a choice of 12 sheep syndromes, the top five were:

From 11 cattle syndromes, the top five were:

“It was clear some farmers and vets have some different opinions on priorities and impacts, with professionals generally scoring them higher,” said AHDB animal health and welfare scientist Amey Brassington.

“These may result from vets visiting numerous farms, so [they] may have a broader range of experience. However, it may also be because vets are only called out to issues that can’t be dealt with by the farmer directly.

“It’s important to recognise and try and understand these differences,” added Dr Brassington.

Commenting on the results, Phil Stocker, chief executive of the National Sheep Association, said: “Probably one of the most sobering findings is that we [already] have solutions to foot-rot, sheep scab, fly strike and PGE, and for many syndromes.

“So, if we have the answers, where is the problem? We know uptake on the ground and implementing what we know is really hard.

“Farmers work hard at one problem, only for another one to clobber them. It’s not about farmers changing, it’s for us all across the sector to work together to put in place what we know.”

British Cattle Veterinary Association board member Colin Mason said the challenge for farmers, vets, researchers and policy makers was how to use the findings of the survey to make a difference to national policy, reduce greenhouse gas emissions and identify gaps in knowledge.

“It’s about farmers working together with professionals on a holistic planning approach,” he said. “There are a lot of initiatives, such as BVDFree England, the National Johne’s Management Plan, AHDB’s Dairy Mastitis Control Plan and so on, that are already in place to help drive forward change.

“The RH&W group needs to help link farmers and vets to have as much uptake on the ground as possible.”

A disease workshop next month will bring together the RH&W steering group with representatives from the farming community, vets and experts in epidemiology and disease control.

The full results of the survey can be seen at ruminanthw.org.uk/health_welfare_survey