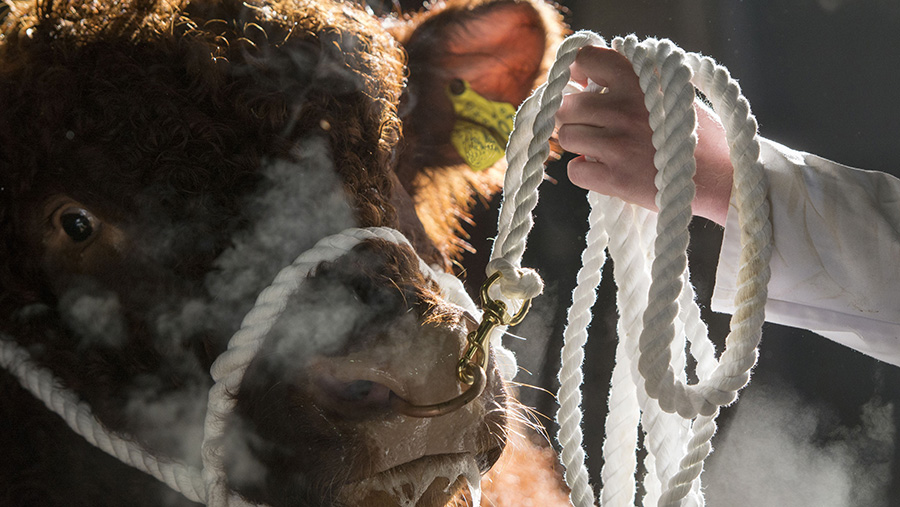 Under the new rules, which come into effect from 6 April, animals moving from high risk and edge areas on to farms in low-risk areas must be post-movement tested within 120 days of arrival.

According to Defra, more than half of new bovine TB infections in low-risk areas are linked to cattle purchase from high-risk areas.

Mr Dodds described the rules as a “massive burden” for large cattle finishers, particularly those that grazed cattle at separate holding units or used buying agents and were moving between different holdings.

“I have advised markets what is happening and it would be fair to say that markets in Wales, high risk and edge areas are very concerned that it is another reason for feeding men to say ‘we are not feeding cattle’.”

He said the rules had not been given enough consideration and could be hugely damaging to the beef industry, which was already under financial strain.

There was also widespread concern it would create a “two-tier” market in edge areas.

He said: “If people in low risk have got to take [cattle] home and test them, there is a cost to that and there’s a threat that buyers around the ring will have different spend power.”

It could also cause more finishers in low-risk areas to only buy cattle from low risk areas so they did not have to test, which would create trading disparities.

However, NFU chief livestock adviser John Royle said members in low-risk areas were generally supportive of the new rules because they “want to keep disease out”.

However, he agreed there were practical issues with its implementation.

“We do have concerns about how people will [find out about] the date of the last test – it is going to be very difficult for market operators to provide the information to buyers – and there is a risk that if farmers get it wrong they will get nasty letters from the RPA.”

Three additional measures will also be introduced at the same time:

• Government-funded pre-sale testing. Free pre-sale TB tests will be available to many herd owners in the low-risk area selling twenty or more cattle in a single purchase.

• The Animal and Plant Health Agency (APHA) will start offering the option of private Interferon Gamma blood tests to diagnose TB under certain conditions and subject to prior approval from APHA.