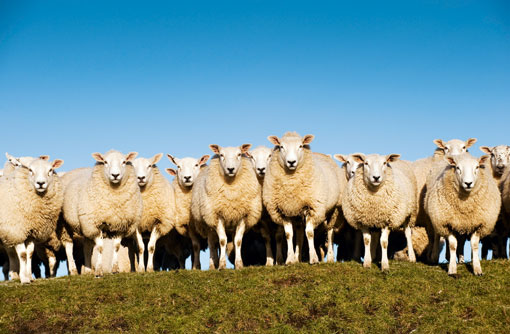 A breed specific performance recording system has resulted in significant genetic gains for one sheep breed.

Selection for superior growth without losing shape – that’s the aim of the new performance recording scheme launched by the Beltex Sheep Society which is embracing the latest technology to ensure the breed’s muscularity is maintained.

A two-year trial incorporating CT scanning into the performance recording evaluation data for the Beltex has been under way in flocks in Scotland to develop a protocol and method of accurately assessing gigot size and shape.

Results of the trial to assess the new performance recording scheme, presented at a briefing at Askham Bryan College, York, showed the average genetic merit of the recorded Beltex sheep had increased across several parameters.

All this had been achieved without any significant increase in back-fat depth. The new scheme is now being made available to all Beltex sheep breeders.

David Findlay, a council member of the Beltex Sheep Society who runs one of the breed’s largest flocks at Leyburn, North Yorkshire, said there had been important reasons why the breed had delayed launching a performance recording scheme.

“The Beltex has become established in the UK as a carcass breed that is much favoured as the sire of butchers’ lambs.

“Its double muscling and hindquarter shape has been its strength but we’ve waited until now to introduce a performance recording scheme so that we could incorporate the latest technology.

“By using CT scanning results we can make sure we achieve growth improvements without losing any of the breed’s shape and muscularity,” said Mr Findlay.

The pilot scheme to evaluate the protocol was undertaken with Signet working through the Scottish Agricultural Colleges and Genesis Faraday and involved 12 flocks.

Said Signet’s Alison Glasgow: “The scheme was designed to tailor a Beltex-specific performance recording system that would incorporate measurements of hind leg muscularity in addition to the more usual trait measurements concerning weight, muscle and back-fat.

“A very good level of progress has been achieved by the Beltex in a relatively short time and it’s now up to breeders to support the scheme to further accelerate the genetic performance in individual flocks.”

The two-year trial saw 20% of the recorded ram lambs pass through the CT scanner to provide an accurate assessment of gigot size and shape. The results of the trial have formed the basis of the scheme’s protocol that is now available to all Beltex Sheep Society members.

As well as the CT scanning data, rams involved in the trial have generated conventional information in the form of Estimated Breeding Values (EBVs) relating to all aspects of maternal and terminal sire performance.

“This crop of lambs was meticulously monitored and we saw Beltex-sired lambs not only producing average carcass weights of 36kg but also yielding additional income from a 55% killing out percentage which was significantly higher than lambs sired by other breeds in the college’s flock.

“Only recently we saw Beltex-sired lambs selling at Skipton Auction Mart to average 224p a kilo. The premium is there because buyers value the E and U conformation of many of these lambs and the higher yield of meat from the carcase.

Although a carcase’s deadweight gain figure is now being more widely discussed in performance analysis of beef cattle, Alison Glasgow said it was not an official Signet trait that was measured.

“The deadweight gain is probably represented more by the CT lean-figure which is generated by the total muscle mass in the carcass.”

“Our aim is to produce as many kilos of meat per acre as cost effectively as possible and achieve the highest price from the marketplace,” said the college’s Ian Snowden who comes from a pig-industry background and is keen to adopt a more monitored output approach to the college’s sheep flock.

Two rams from the Beltex pilot scheme – both in the top 10% on figures – were used at Askham Bryan. Last year the Beltex-sired lambs sold for an average price that was 9% higher than lambs sired by other continental rams used in the flock.

“The Beltex-sired lambs also killed out almost 4% higher with a high percentage classifying as E and U lambs.