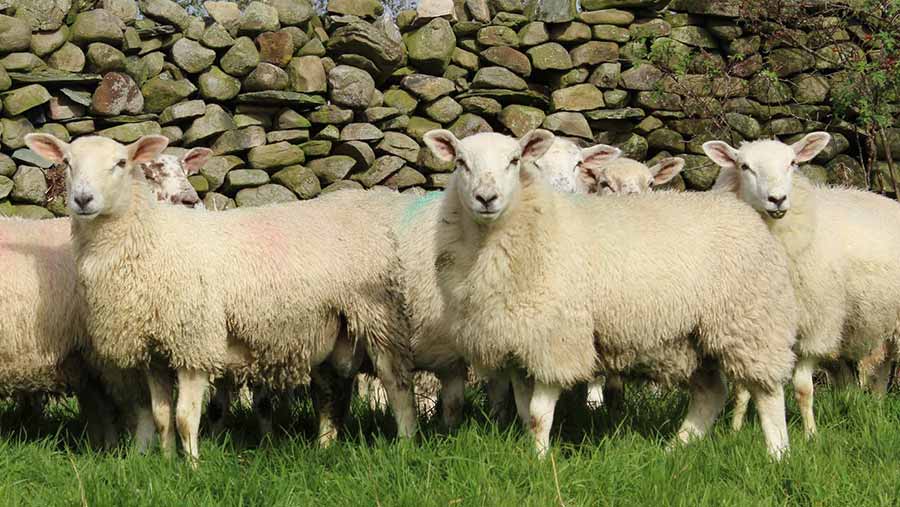 A move to the Berrichon breed four years ago has eased up the work load for North Yorkshire sheep farmer Chris Jackson while at the same time cutting finishing times of lambs.

A move to the Berrichon breed four years ago has eased up the workload for North Yorkshire sheep farmer Chris Jackson, while at the same time cutting finishing times of lambs.

Mr Jackson, who runs a flock of 200 Texel cross ewes, 100 North of England Mules, plus 200 Berrichon cross Mules on 242ha near Ingelton, says the Berrichons have more than lived up to expectations.

“They finish well off grass and also lamb without intervention, which I believe may be due to their long, triangular head,” he says. “I believe the best examples can match the Texel.”

Before introducing the Berrichon in 2011, Mr Jackson was using Dutch Texels. Today eight out of his 10 rams are Berrichons.

About the Berrichon breed

He says the breed has made management of the flock easier, allowing him to work a minimum of four days a week as a self-employed builder.

Berrichon ewes are prolific, producing a high number of twins and triplets. About 40 sets of triplets were born during last year’s lambing, which was carried out in a polytunnel over a four-week period starting in March.

Through careful management, and with the help of a lamb adopter, Mr Jackson manages to keep pet lamb numbers to a minimum.

The lambs are weaned in August, with the main finishing period running from late July until just before the following lambing time.

Mr Jackson tries to avoid selling lambs to the local auction marts during the early autumn price dip, when throughput is usually at its highest.

Creep feed is offered only to the final batch of about 80 lambs that have not achieved the target weight by Christmas, and these are housed in the polytunnel. Big bales of haylage supplement the grazing at other times of the year.

Having started out with just 130 ewes in 2005, Mr Jackson has been increasing numbers ever since. While he admits that his income from farming has been negligible to date, he stresses that most of the profits have been ploughed back into the business to fund flock expansion.

In 2014, for example, he spent approximately £15,000 on new breeding stock and machinery. The next few years should see improved returns, he predicts.

Market volatility makes it difficult to measure the Berrichon’s monetary contribution to the business. However, the breed has marginally increased average growth rates, thereby reducing days to finishing.

Mr Jackson’s admiration for the Berrichon has led him to set up his own flock of 10 “Mattbelle” Berrichon ewes. Time constraints prevent him from showing, but he nevertheless sold four shearling rams for £380 apiece last year.

“I still like the Texel, but they have become so popular that competition is very fierce,” he says. “It is difficult for me to justify spending four figures on one ram, when I can buy a decent Berrichon for far less and he will serve 70-80 ewes without any problems.

“People assume the Berrichon is not hardy, probably because its nose is pale in colour, but one producer told me that his ram was out serving ewes in the snow, when the other breeds were sheltering behind a wall.”