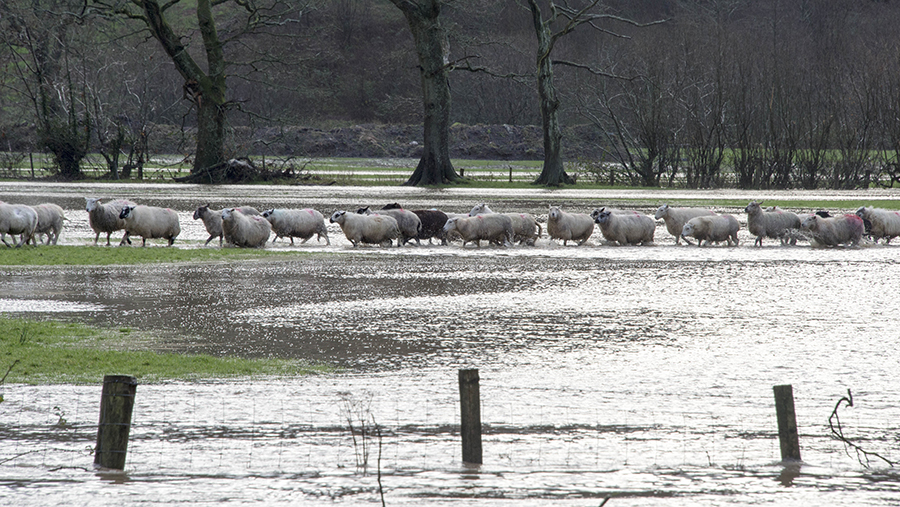 Farmers are advised to be vigilant for fluke but to be aware of what different tests do.

Two testing options are available. Blood samples can be tested for about £8 or faecal ELISA coproantigen tests can be taken for £8-£20, depending on the number of sheep in the sample.

Sheep veterinarian and consultant Fiona Lovatt, of Flock Health, said liver fluke blood tests can be taken alongside trace element sampling to save on vet costs.

“If lambs are not growing as expected, as well as considering feed quality and quantity, either worms or liver fluke are important to consider,” she said.

John Hemingway of Shropshire Farm Vets, said: “The animals we tested seroconverted (developed antibodies) a couple of weeks earlier than we thought. This highlights that farmers who have a history of fluke in the area should be testing now.”

Zoetis vet Dave Armstrong said the test results meant the early immature fluke would have started infecting ewes and lambs back in May, which is a lot earlier than usual.

“The mild winter and warm spring combined with the wet weather has provided perfect conditions for fluke and their host the mud snail, which is why we have seen some early cases.”

The blood test, which found lambs positive with liver fluke in Wales in July this year, works after about four weeks of the parasite being ingested, while the coproantigen ELISA test on faeces needs 8-12 weeks before eggs are being shed.

Philip Skuce, principal scientist at Moredun, said animals in western Scotland had tested negative with faecal tests, but positive on the blood test.

“This highlights the need to be careful if you are relying solely on faecal tests. It might just be a case of ‘not yet’, so be prepared to re-test to avoid getting caught out,” said Dr Skuce.

“It’s very important to understand what each test tells us about the liver fluke challenge in any given year and to make appropriate decisions in terms of whether to treat or not, when to treat and what product to use.”

Acute fluke cases have been reported in County Durham as early as late September by vet Ben Strugnell of Farm Post Mortems.

“This could suggest the challenge will be earlier and heavier than last year, so vigilance is required,” said Mr Strugnell. “In addition to serology, postmortem examinations of any sudden deaths are the most sensitive indicators of acute liver fluke at this stage in the season.”