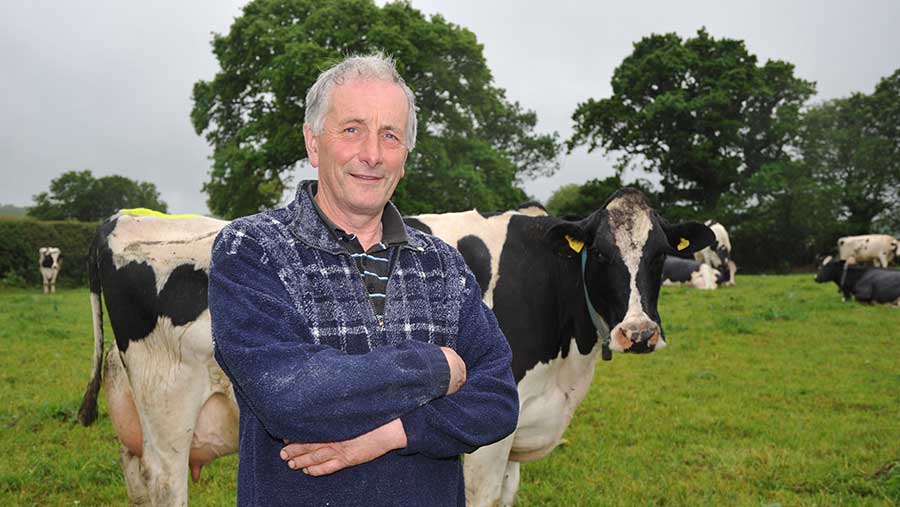 Wales has seen a 13% rise in new herd incidents of bovine TB despite a raft of new disease controls.

In the 12 months to March 2018, figures release by Defra show there were 785 new herd incidents compared with 696 in the previous year.

The sharpest rise was in Clwyd – an area classified as Intermediate (North) within the Welsh government’s new TB zones – where there were 64 new herd incidents compared with 45 over the previous 12-month period, a rise of 42% for that area.

Farmers in the region, including milk producer Dei Davies (pictured), are concerned by that big increase.

He has never had a case of TB and suggests that more must be done to protect herds. “It is very worrying that it seems to be getting closer. Not enough is being done to address the issue in wildlife,” said Mr Davies, of Moor Farm, Flintshire.

“We are clear and don’t want to do anything to upset the eco balance of that, but in areas where that is not the case more needs to be done. The wildlife controls seems to be working in England.

“Badgers are the disease carrier that people worry about, but there has been an outbreak of TB around Denbigh where there are a lot of wild deer, which is worrying.”

All regions of Wales have experienced a rise in new herd incidents, apart from upland mid-Wales where the number was static at 64.

Farmers have also lost more animals from their herds. The number slaughtered in the 12 months to March 2018 was 10,226, an increase of 3%.

In total, 5.7% of registered herds were under TB restriction during that period, up from 5.1%.

The issue was raised in the Senedd on Wednesday (13 June) by AM Nick Ramsay whose Monmouth constituency, which falls in the High East TB region, experienced a 23% rise in new cases.

He too wants to see more done to control TB in wildlife.

“It’s one thing to deal with the rates of infection within livestock – that’s got to be done – but also within the wider wildlife reservoir and in the wider environment, as well,” he said.

In October 2017, the government introduced new measures for tackling TB, including more cattle testing and tougher rules around moving and selling cattle for farmers in high-risk areas, such as Pembrokeshire, Carmarthenshire and along the border with England.

The government urged caution regarding the latest figures.

“It is important to take caution when observing short-term trends in TB statistics and we need to allow time for any impacts to take effect before we draw any meaningful conclusions,” a spokesperson said.