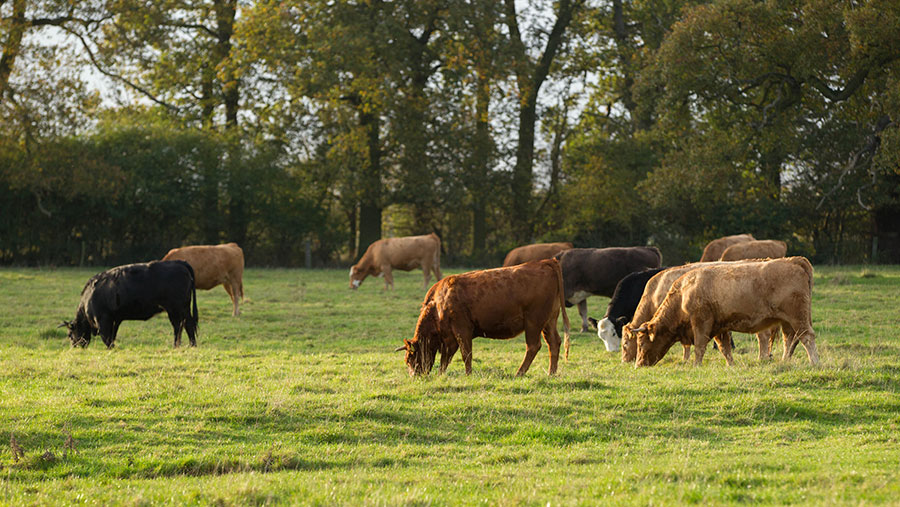 Cows are almost twice as likely to be infected by other cattle than by badgers in the transmission of tuberculosis, a study has found.

Scientists used data from an undisturbed population of badgers in Woodchester Park, Gloucestershire and nearby cattle farms to provide the first direct evidence of transmission between badgers and cattle.

They found that transmission within species occurs at higher rates than between species (cattle to badgers, or badgers to cattle).

But the results suggested that badgers are 10.4 times more likely to spread TB to cattle than vice versa.

The role of badgers in the transmission of bovine TB has been disputed for years. Farmers and the NFU insist that the reservoir of disease in wildlife plays an important role in disease outbreaks and therefore badger population numbers must be controlled.

But opponents of Defra’s badger cull in England, including the Badger Trust, maintain that the role of badgers is overplayed and that badgers do not transmit disease to cattle.

Prof Lord John Krebs, Emeritus Professor of Zoology, University of Oxford, said: “This valuable study uses genomic information to work out the pathways of transmission of TB in Woodchester Park in Gloucestershire.

“The genetic data demonstrate conclusively that TB is transmitted both from badgers to cattle and from cattle to badgers.

“Although nearly 10 times as much infection goes from badgers to cattle than from cattle to badgers, there is even more transmission of infection within each of the species.

“In terms of policy, the results do not tell us whether killing badgers is more effective than controlling cattle to cattle transmission, but the fact that more infections are transmitted within species than between species suggests that controlling transmission among cattle is a priority in the strategy for eliminating TB.

“One caveat is that Woodchester Park has a very high density of badgers, so the results may not be generalisable to all areas.”

For the study, the researchers analysed the entire genetic make-up of the bacteria from 230 badgers and 189 cattle, a process known as whole genome sequencing.

They combined this with detailed information on where the cattle and badgers lived, when they were infected, and whether they could have had contact with one another.

Scientists were then able to estimate how often the two species spread TB. They found that badgers play an important role in the transmission of the disease in this area.

Lead researcher Professor Rowland Kao of the University of Edinburgh said it was now “very clear” that badgers were involved in the transmission of TB to cattle.

The research, he added, would allow for a “more targeted control of tuberculosis in cattle and badgers, aiding efforts to control the disease and reduce the impact on the badger population”.

In October, peer-reviewed, scientific evidence highlighted the effectiveness of badger culling in reducing outbreaks of bovine TB in cattle.

After four years of culling (2013-2017), there has been a 66% reduction in new TB breakdowns in cattle in Gloucestershire and a 37% reduction in Somerset, the scientific analysis of data by Downs et al showed.

Prof Christl Donnelly, from University of Oxford and Imperial College London, who led the Downs et al study, said the latest paper provides an interesting and important new perspective on the challenging problem of bovine TB in cattle and badgers.

“It will be interesting to see if similar results are obtained from other areas,” she added.

The latest study, funded by the Biotechnology and Biological Sciences Research Council, Defra and the Wellcome Trust, was published in the journal eLife.