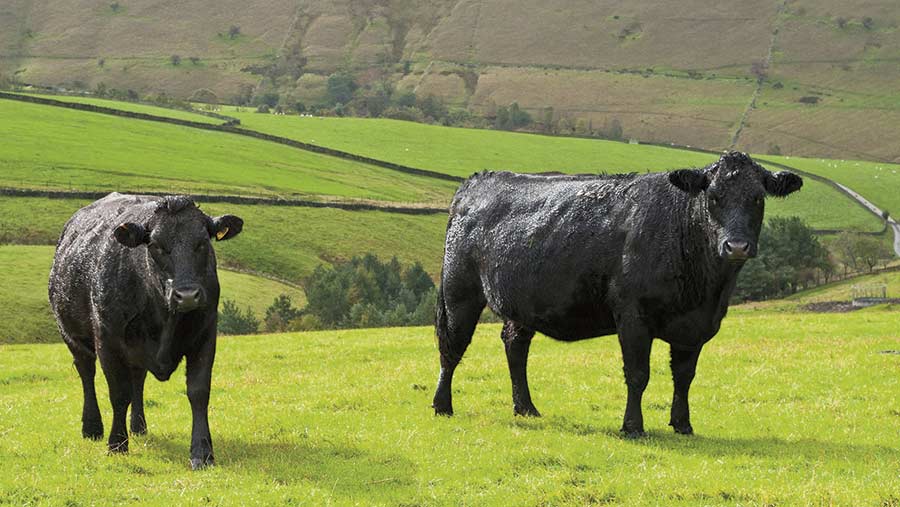 British beef farmers who don’t understand how to calculate total cost of production may struggle to compete in an uncertain subsidy landscape post 2022.

The World Angus Forum heard last week (25-26 June) that much of the UK beef sector was not calculating their businesses’ net margins. Although a number did attempt to do gross margins, they were not then accounting for overheads such as buildings, machinery and labour.

An audience spanning 26 Angus-breeding nations was told by dairy/beef farmer and veterinarian Rob Drysdale and Gavin Hill from Scotland’s Rural College, that this approach was unlikely to be sustainable post Brexit.

Quoting the latest SRUC/Quality Meat Scotland figures, he said the best performing units across all beef systems were making profits, but in percentage terms these were not many.

By increasing farm productivity (kg output/ha and percent of animals reared a year), monitoring inputs and increasing scale, some producers were preparing themselves for the future, he told Farmers Weekly.

Previously, direct subsidies made enterprises look profitable with numbers reared at 88-89%, whereas now some farms were striving to achieve 94-95% or more, he added.

“A number of farms are actually expanding their herds and now 50% of Scottish cows are on 14% of the farms,” said Mr Hill.

He said some farms are reinvesting heavily for the future and preparing for tightening straw supplies by building slatted housing.

Meanwhile, those who can are exploring outwintering or extended grazing and keeping cattle out longer to help reduce overheads.

“We’ve seen breeds such as Shorthorn, Luing, Angus, Blue Grey, Hereford, Salers and Stabiliser increase in popularity as they may be suited to some farms helping bring in more fertility, milk, good levels of fat cover and having lower maintenance costs.

“We want to produce a cow better suited to the environment which can still produce a calf wanted in the marketplace.”

The negative effect of the show ring

He added that the show ring can lead breeds “often in the wrong direction” and urged farmers to tighten up bulling periods and analyse success on a kg produced a cow put to the bull basis.

“Many farms have 16 to 18-week bulling periods still. My advice would be to shorten this, but not abruptly. Shave one or two weeks off each year and aim for an eight to 10-week calving period. This will give you uniform batches of cattle to sell and focus labour while also improving herd fertility.”

He believes COP, efficiency and production targets, data management, technologies, cooperation and precision farming were going to be the themes for the sector in the future.

“And while there are restraints on British farmers it’s important to note that large swathes of Canadian beef is hormone-free and land is even dearer in New Zealand, where beef farms compete with so many dairies.

“I think farms should look at what they do and see where their talents lie. If you’re especially good at grazing then that is what you should do and cooperate with someone who is a good finisher – work together.”

‘You have to know what you are spending’ 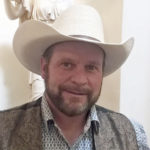 Montana Angus breeder Bryan Mussard runs 500 cows at Reminisce Angus Ranch, Dillon, and buys about 10,000 stores of which 2,000 are finished each year.

Costs are calculated on a daily, weekly, monthly, annual and biannual basis. From daily costs such as cost of every lb of feedlot gain to longer term costs across a group of cattle or a ranch.

Cattle calve up to 8,000ft and cope in climates of eight to 10 inches of annual rainfall.

“We don’t have any subsidies so there’s nothing to fall back on and you have to know what you’re spending. Last year we made a loss and you can’t afford to do that too often.

“You can get government support for environmental work but once you take a dollar off the government then they have you. They can then start to dictate what you can and can’t do.

“Currently, commercial farmers in the US who own their farms need a rough profit margin of about $150 a cow to allow reinvestment to improve the business and keep things progressing, although it’s higher for those that rent.”

‘I use spreadsheets for everything’ 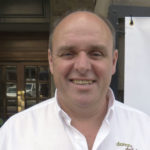 For the past 10 years, he has been scrutinising costs to position his farm to operate without subsidy and now covers all costs apart from his own labour.

Fixed costs are controlled by only employing himself and using one tractor, one loader and one fertiliser spinner.

“As a first-generation farmer having worked in the grass seed business I use spreadsheets for everything.

“A simple trick I learned from New Zealand is to take the ring feeder to the bales, not the other way around. This means no machinery travels on the forage ground in winter.

“Banks are asking farmers about Brexit now and the answer seems to be to get more units produced from the same farm as renting land isn’t really an option. I believe I can build up to more than 200 cattle and 300 ewes on a [80ha] farm and in the summer have 300 cattle.”

‘Every blade of grass must be used’

Australian Angus breeder Tom Gubbins says labour is a key cost to control. He is able to operate with four people across 2,700ha and 3,500 cattle.

His business runs 2,200 Angus cows in large contemporary groups of 700 in Mortlake, Victoria, selling up to 800 bulls a year in a Mediterranean climate (with an average rainfall of 28in/year ).

He believes subsidies don’t necessarily make farmers inefficient but stresses that Australian breeders must follow market signals. This means that economics make cattle look the way they do.

“We can’t really benchmark our business because there is nothing to compare it to. We know all our cost figures though.

“British farmers can prepare for life with less subsidy by reducing their overheads and increasing their production from their farms.

“This means thinking about ensuring every blade of grass is utilised and measuring farm performance on metrics such as cost/kg of meat and kg/output/ha.”