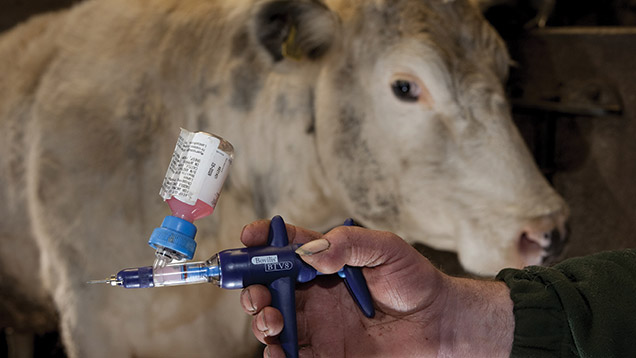 Risk of the French bluetongue outbreak spreading to the UK will be greater in the spring, a leading vet has warned.

Clinical symptoms were first found in a single sheep on a farm in the Allier region of France on 21 August and five sheep and 27 cattle on the same farm later tested positive for bluetongue virus serotype 8 (BTV-8).

It is the first bluetongue case in the EU since 2011 and in response the French Ministry of Agriculture introduced a raft of disease control measures, including a restriction on animal movements in an exclusion zone 150km around the affected farm.

Bluetongue is a notifiable disease – one livestock holders are legally obliged to report – that mainly affects sheep and cows.

It was eradicated from the UK following the first outbreak in 2007.

Maarten Boers, vet and director of Livestock Partnership, told Farmers Weekly while there is currently little risk of bluetongue spreading to the UK, British livestock holders should remain “vigilant” into 2016 when the risk of the disease spreading across the Channel will be heightened.

Mr Boers said there is a low risk of the disease speading this year because midge season is over, “but next spring farmers will need to be vigilant and look out for signs in cattle and sheep.”

South England will be most at risk if the midges assumed to be the cause of the French outbreak are blown across the Channel, he said.

“We don’t want to scare people. We just want people to be aware. If they have any concerns, they should speak to their vet. Some symptoms are quite typical such as swollen lips and tongue, but others are less obvious.”

In the event of an outbreak, mass bluetongue vaccination should be enough to contain the disease, Mr Boers believes. However, he said he wouldn’t vaccinate animals at this stage.

“Studies on the UK outbreak have shown it was contained by the uptake of vaccines. Hopefully, through a mass vaccination programme, we will be able to contain it [should it reach our shores].”

“At the present time we do not have any bluetongue vaccine available. We are closely monitoring the situation in France,” MSD Animal Health said in a statement.

A Defra spokesman said: “We are carefully monitoring the situation and have robust disease surveillance procedures in place, including testing consignments originating in areas under restriction.

“We urge animal keepers to remain vigilant and to report suspicion of notifiable diseases to the APHA immediately.”