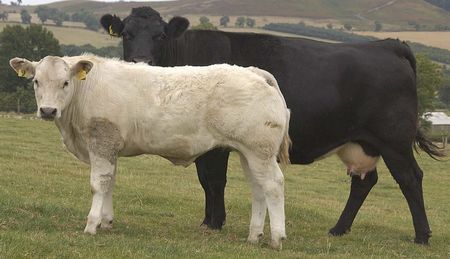 British farmers are having to shoot 3000 calves a week because of the Dutch boycott on British calf imports, according to the NFU.

In Holland, 121 calves infected with TB have been culled, including 12 animals imported to the country from Britain which led to the unofficial ban on British calf imports.

Jos Jongerius, of the Dutch Foundation for Quality Guarantee of the Veal Sector, said that the ban was likely to continue. “We have another meeting to discuss the matter in two weeks time but I do not think the import ban will be withdrawn.”

East Sussex dairy farmer and NFU dairy board chairman Gwyn Jones confirmed that he was having to put down calves.

“We have to put down at least two and sometimes five calves a day, where they would normally go out for export.

“It is very upsetting to have them destroyed and is contrary to farmers’ instincts, which are to keep animals alive and to do the best for them.

“There is also the ethical and moral issue of putting down perfectly healthy animals at a time when we are faced with food shortages and higher prices. It’s madness.”

Talking to Farmers Weekly about the ban, Mr Jones said: “The important thing is that it’s a voluntary ban at the moment – we just have to make sure it doesn’t become official. We can cope commercially for now – but export bans can mean months of bureaucracy.”

“We understand Dutch concerns. The government has been indifferent to TB so far, so we will have to sort the matter out ourselves. It could mean more precautionary measures in the industry, and if so we’ll do it – all we want to do is make sure we don’t export any more infected calves.”