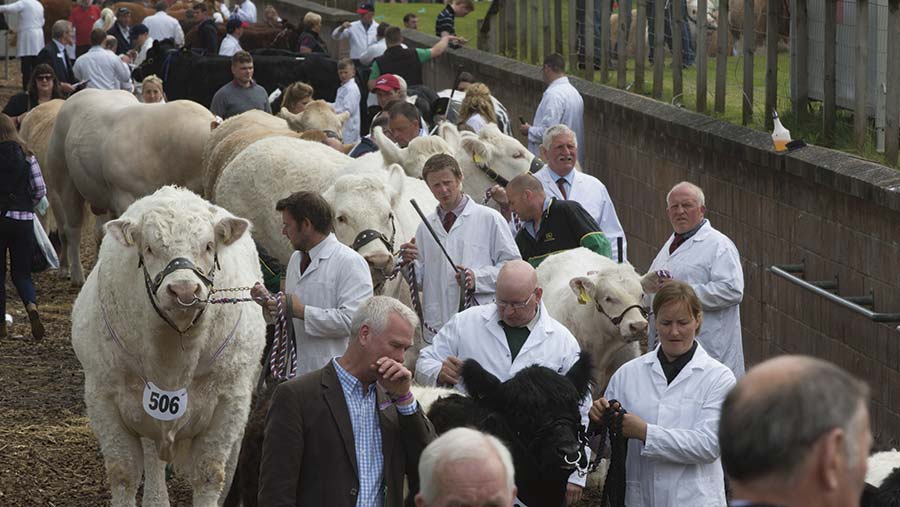 More than 6,000 livestock entries are expected at this month’s Royal Highland Show, as Scotland’s flagship farming event continues to go from strength to strength.

The event will be held just a fortnight after next week’s general election, and Scotland’s future relationship with the UK and the rest of Europe is likely to be among the topics of conversation at the four-day show on 22-25 June.

But away from politics, livestock will take centre stage.

Entries will include 2,031 sheep – the highest number for 10 years – at the Ingliston showground on the outskirts of Edinburgh.

With 144 entries, the Aberdeen Angus are set to dominate the cattle lines this year – especially as, for the first time in 40 years, the Angus World Forum returns to the UK.

As a key part of the forum, the show is seen as a great opportunity to celebrate this world-class native breed.

Show manager David Jackson said: “We continue to increase numbers, and introduce new classes, with amazing support from our exhibitors.

“And with about £180,000 prize money at stake, we will see some fierce competition for a winning-class placing.”

As always, the Highland will be a celebration of Scottish food and farming.

It is being held weeks after the Royal Highland and Agricultural Society of Scotland reported a £779,000 increase in its annual income to £7.85m for the year ending 30 November 2016.

Recent years have seen the Royal Highland Show undergo something of a revival.

Last year, it welcomed a record 189,000 visitors and generated £47m for the Scottish economy.

This year, organisers hope attendance figures will be even higher.

The society is forging ahead with an ambitious investment programme in the Royal Highland Centre at Ingliston.

Its vision is to create the best outdoor event space in Scotland. Society chairman Keith Brooke said great strides are being made towards achieving its goal.

The society is committed to being a dynamic and progressive organisation playing a supportive and influential role in a thriving rural economy, said Mr Brooke.

He added: “This robust financial position will enable the society to fulfil its charitable aims.”

Numbers in the dairy section are higher for 2017, possibly reflecting a more optimistic year in the industry. There are 120 entries, up 10 from 2016.

The Holsteins have the highest number entries with 44, up from 28, and the Ayrshires have seen a resurgence with 29 entries, up from 18 in 2016. 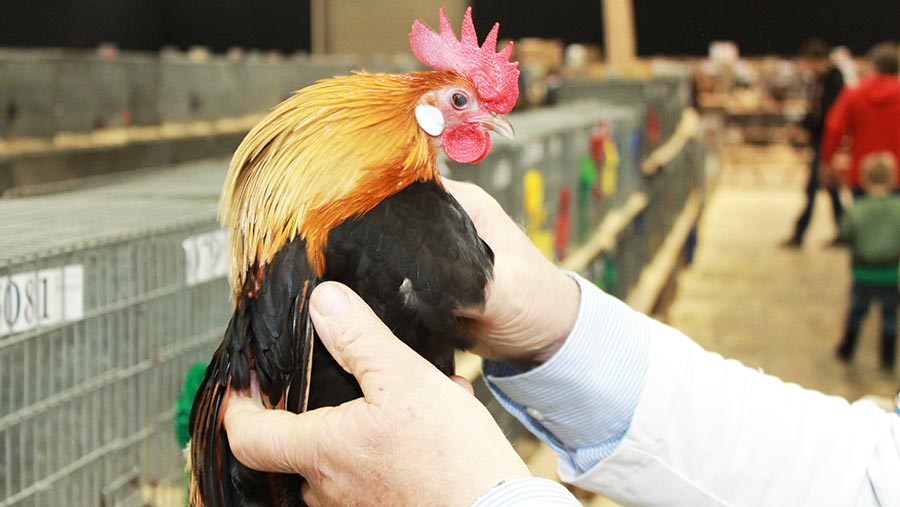 While livestock entries are among the best in years, the Royal Highland Show will go ahead without any poultry amid concerns over avian influenza.

Show manager David Jackson said the Royal Highland Agricultural Society of Scotland reached the decision following talks with industry leaders – and based on information from the Animal and Plant Health Agency.

“First and foremost we have a responsibility to protect the health of all animals and we believe any risk, however slight, has to be taken seriously.

“This is a priority – not only for animals attending the Royal Highland Show but also for the wider industry.”

The decision had not been taken lightly, said Mr Jackson.

“We work in the best interests of the industry and feel this is the sensible approach.

“We trust the industry and exhibitors will fully support our decision, which is based solely on protecting their animals.”

Mr Jackson said it was important to stress that the poultry sector would continue to be represented in a range of formats around the showground, including incubators, hatching eggs and chicks, with the necessary biosecurity measures in place.

He added: “We have an outstanding entry of livestock heading to the show this year, yet again demonstrating the prestige this event holds within the farming community, and we look forward to welcoming the poultry classes back in 2018.”