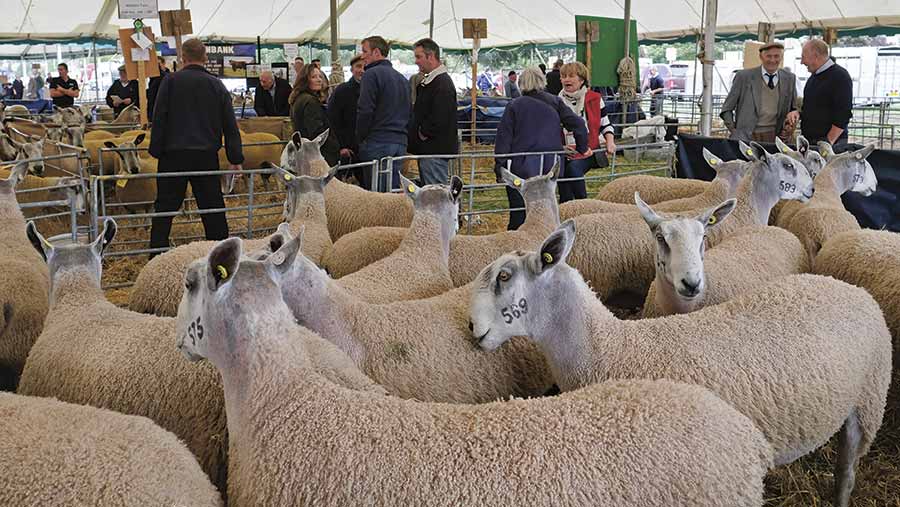 Ram sales are mostly held in September and October however, this has implications not only for biosecurity but fertility too, says Kate Hovers, a Brecon-based vet who specialises in sheep health.

See also: Keep up to date with the latest sheep sales news

She believes the sale environment and transportation can be stressful for sheep which can affect fertility and general health.

“Sales are indeed too close to the tupping season to allow sheep to adjust to their new environment and social group and for proper quarantine protocols to be put in place,” she argues.

Ms Hovers advises farmers to buy rams at the beginning of August, preferably direct from farm, to allow a six to eight-week gap before tupping.

But she admits this gap is hard to adhere to when farmers buy from sales that don’t take place until September and October.

“Unfortunately, many sales don’t take place until September and October and when buyers get them on farm they want to start using them fairly quickly.

“If a sheep has been at a big sale with a lot of strange animals, sharing the same air space, they are exposed to infections and general bugs that they might not have encountered before. They will not be on their best of form and, add to that a change in environment, and it becomes an issue.”

Sheep societies were asked to contribute to the debate but only one responded.

The Texel Sheep Society’s show and sales committee chairman, Roy Campbell, acknowledges the closer to tupping rams are bought, the less time there is to acclimatise to their new environment and for suitable quarantine procedures to be undertaken. He points out that Texel Society official sales are for

He points out Texel Society official sales are for maedi visna-accredited stock only and all animals at national sales undergo a vet inspection prior to sale.

Animals that fail the inspection cannot then be offered for sale.

With buyers demanding increasing levels of information about stock, notably estimated breeding values, moving sales earlier would be difficult as the calculation of this information requires data to be collected at specific dates, notably 20 weeks of age, Mr Campbell adds.

“As such, the society genetic evaluation takes place in early August and much of the CT scanning is in early to mid-July.

So, for many Texel flocks selling ram lambs at national sales there would be little time to finalise entries and prepare catalogues should sales be brought forward from their current timings.”

Mr Campbell says with many buyers in upland areas lambing later in spring and selling predominantly store lambs, there are also cashflow and movement restriction implications.

“Additionally, bringing new rams on to their holdings during their sales season could potentially leave them unable to move stock to sales for some time, restricting their trading and hindering flock management.”

With the staging of several of the larger, multi-vendor sales dictated by local demand, it would need a change of mindset across the industry to move these to earlier dates.

“That’s not to say it can’t be done, but as vendors Texel breeders are very much in the hands of their buyers,” says Mr Campbell.

“If the demand was there for earlier sales then the society and breeders would work with all involved to facilitate it.”

The National Sheep Association (NSA) says change must be driven by the desire of ram buyers to buy early and quarantine stock properly.

“NSA ram sales are in a good position to monitor this and adapt accordingly.”

Mr Stocker pointed out there had been a trend in recent years towards slightly later lambing. “In

“In these situations, with tups not going out to work until November and later, effective quarantining is every bit as much about procedures as it is about time periods.”