National Trust Wales (NTW) has launched a campaign to help preserve the thousand-year-old bloodline of a rare cattle herd.

It is seeking to raise £36,000 to purchase a bull and females for a herd of rare White Park breed cattle at Dinefwr Park, Carmarthenshire.

Characterised by their white coats and black noses and ears, White Park cattle have been on the property since 920 AD. 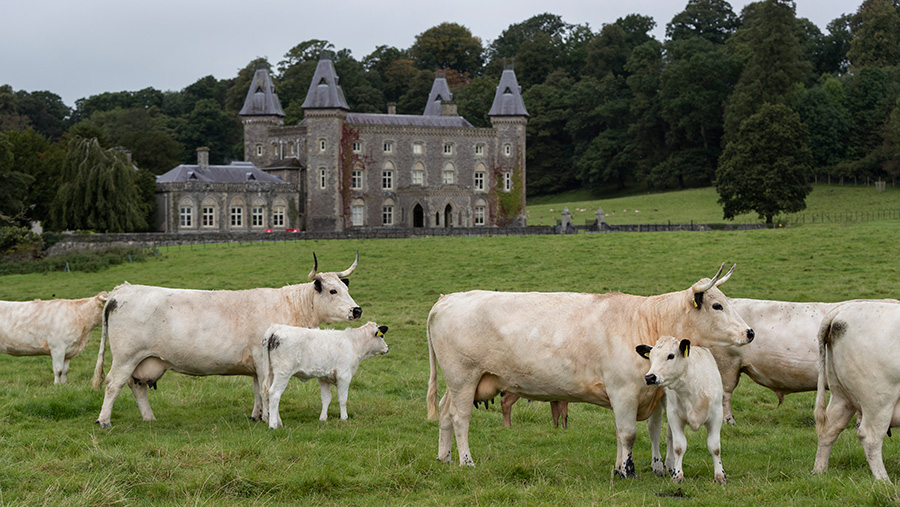 And with only about 750 breeding females left in the world, it is also one of the scarcest animal breeds – rarer than the giant panda, according to NTW.

“The White Park cattle are vital to Dinefwr and important to Wales,” says Justin Albert, director of NTW.

“They’re a significant part of Welsh history that we want to protect and preserve, and we’ll do all we can to ensure the breed continues to thrive and delight our visitors for generations to come.”

Richard Broad, field officer at the Rare Breeds Survival Trust, called the NTW campaign “a beacon of hope for all rare breeds”.

Local dairy farmer Wyn Davies, who has overseen the 13-strong herd for the past 18 years, says replacing current bull Strellet Bendigo is vital to ensure the heritage and status of the herd at Dinefwr is protected.

“A new male needs to enter the herd to preserve the bloodline and make sure the bulls bred on the land are true to species,” he says.

“Dinefwr wouldn’t be Dinefwr without them,” says Mr Davies, who is due to retire in the next few years. 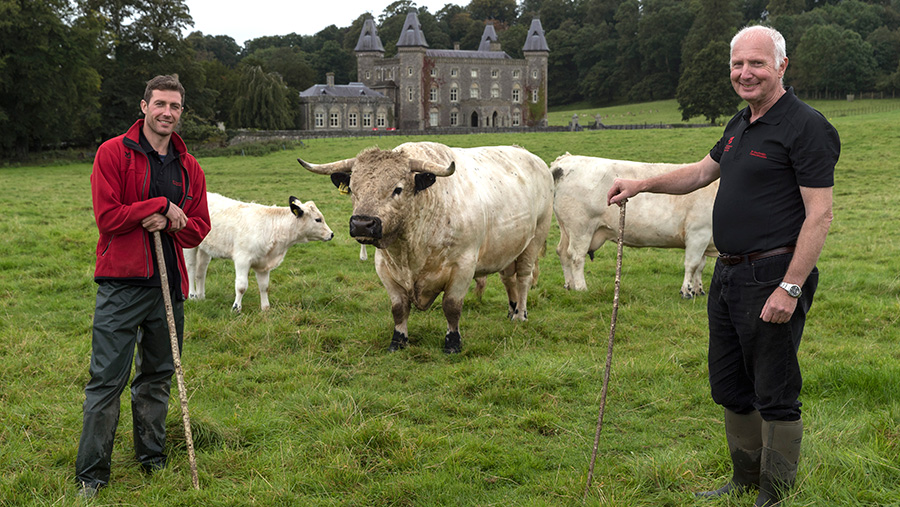 “I hope with the support of the public we can achieve our fundraising goal and together with a new young herdsman in the form of Rhodri the cattle will be safeguarded for future generations,” Mr Davies adds.

The fundraising push begins on Saturday (24 September) with the annual White Park Cattle Run – a 5km or 10km around the park with a fun run for children.

To show your support for the campaign, tweet using the hashtag #SaveTheHerd