A Cappagh-bred Large White made waves once again by claiming the pig interbreed crown at the 150th Royal Ulster Agriculture Society Balmoral Show on Wednesday (16 May).

But this time the championship went to four-year-old Alfie Moses, Crumlin, County Antrim, and the rest of the Moses family, who bought the red ticket winner from the Todds. 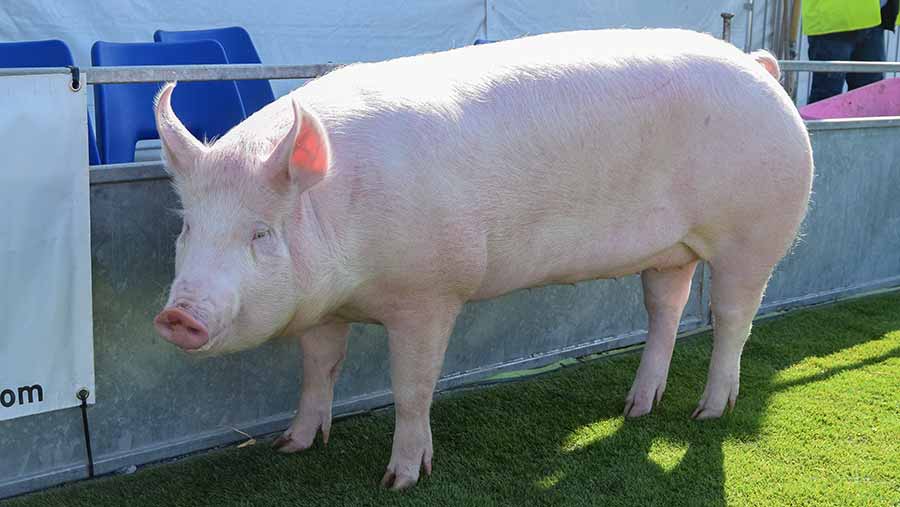 The prize winner was shown as a maiden gilt and will be put in pig when it returns home to the family’s smallholding, where they also breed Texel sheep.

Making a return to Balmoral after a two-year absence and snatching the reserve title was Diane Ruddock of the Monree herd, Donaghcloney, with Monree Spot 3, a gilt due to farrow in August. 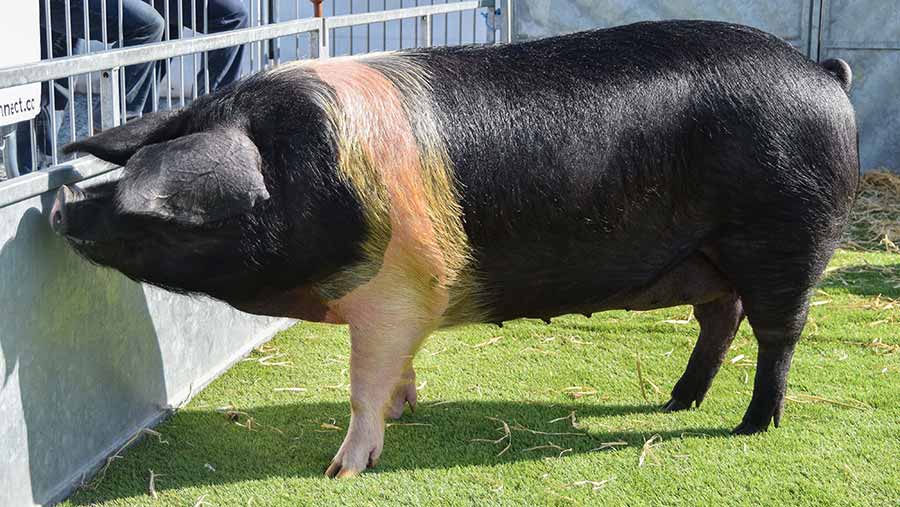 Born in April 2017, she was described as having a “perfect saddle with good length” and won her class as a junior gilt last year.