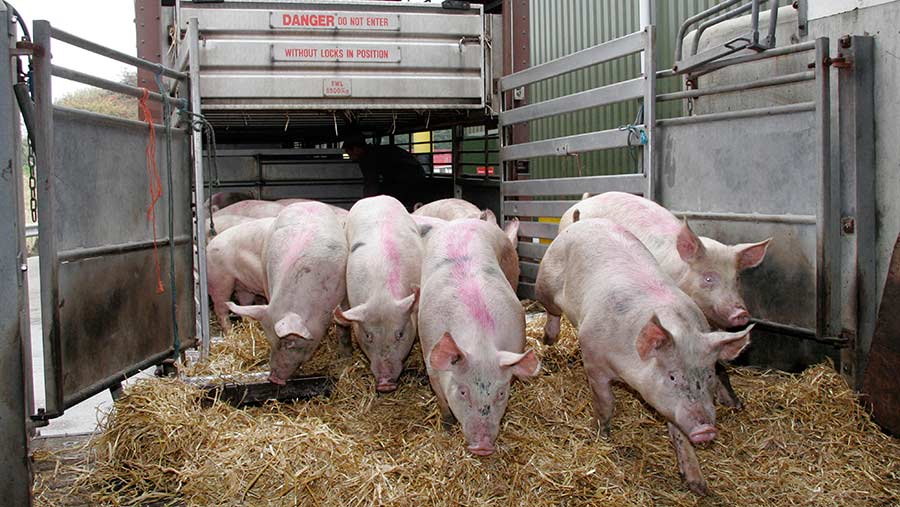 Abattoirs in Scotland will need to install CCTV cameras in all areas where livestock are present, under new legislation announced by the Scottish Government.

Rural affairs minister Mairi Gougeon said the measures would be introduced into legislation later this year.

About 80% of slaughterhouses in Scotland have installed CCTV voluntarily.

But Ms Gougeon said legislation was needed to “improve further the already high standards being followed by the livestock sector in Scotland”.

The vast majority of respondents to a recent Scottish Government consultation backed the new measures.

NFU Scotland welcomed the move, but said it would be seeking assurances from the Scottish government on the financial implications of installing CCTV, especially for smaller abattoirs.

NFUS president Andrew McCornick said: “Scottish agriculture already adheres to some of the highest animal health and welfare standards and pride themselves on producing meat to the highest of quality because of it.

“Smaller abattoirs are key to rural and isolated farming communities but often suffer from small profit margins and could struggle to implement the mandatory changes off their own backs. NFUS will be looking for these abattoirs to receive some sort of assistance to comply with these new regulations.”

Mr McCornick said access to CCTV footage from abattoirs needed to be carefully monitored and not be allowed to get in the wrong hands when images and stills could be doctored and used “to fuel misinformation and untruths about our industry”.

The British Veterinary Association (BVA) said the move was a “a huge win for animal health and welfare”.

Melissa Donald, BVA Scottish branch president, said: “While it is positive that eight out of 10 Scottish abattoirs already have CCTV, introducing legislation ensures consistency across the board and will help to keep welfare standards high at all stages of the supply chain.

“Official veterinarians in Scottish abattoirs will be able to use CCTV as a complement to their welfare monitoring and also have unrestricted access to footage so that they can identify and resolve any breaches in regulation effectively.”

CCTV is not yet mandatory in Northern Irish or Welsh abattoirs, although the Welsh government has introduced a funding package to help smaller sites with installation costs.