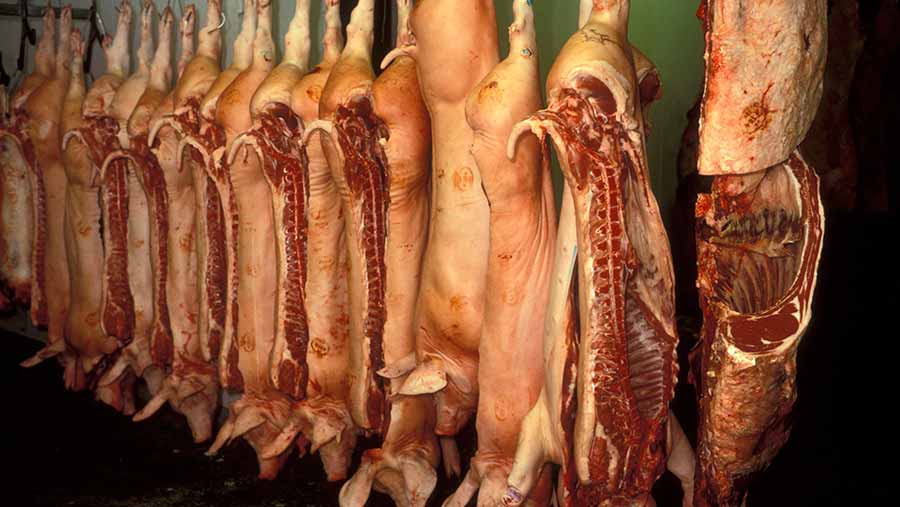 The Welsh government has hinted it could follow England’s lead and introduce mandatory CCTV in all slaughterhouses in future.

She said the money would be used to support welfare-friendly infrastructure and facilities and also the installation and upgrading of CCTV monitoring systems.

See also: CCTV to be compulsory in abattoirs in England

But she added: “I want to assist food business operators to put systems in place, while legislating for CCTV in slaughterhouses is taking place in England.

“I want Wales’ slaughterhouses to be fully prepared as I continue to explore opportunities to legislate in the longer term.”

The British Veterinary Association (BVA), the RSPCA and the Veterinary Public Health Association (VPHA) have been pushing for mandatory CCTV covering all areas where live animals are kept, as well as full and unrestricted 24/7 access to CCTV footage for official veterinarians (OVs).

The BVA Welsh branch said the announcement of grant aid for Welsh abattoirs is particularly welcome as it targets smaller local slaughterhouses and supports their view that food animals should be slaughtered as near to the point of production as possible.

Its president, Sarah Carr, said: “Improving welfare at slaughter is a hugely important campaign for veterinary surgeons and we hope the Welsh government will move quickly towards legislating to introduce CCTV in all Welsh slaughterhouses.

“Mandatory CCTV will provide an essential tool in fostering a culture of compassion that helps safeguard animal welfare. It will also be important for official veterinarians to have unrestricted access to footage to ensure Wales continues to have the some of the highest standards of animal health, welfare and food safety.”

In December 2016, the Welsh government published a report – entitled Need for and Possible Implementation of a Workable System of CCTV in All Slaughterhouses in Wales – which detailed that only eight large abattoirs of the total 26 abattoirs in Wales have CCTV.

The report concluded there was “not sufficient basis” to make the implementation of CCTV a mandatory requirement in abattoirs in Wales.

The legislation will come into effect this May, after which businesses will have six months to comply, or face penalties.