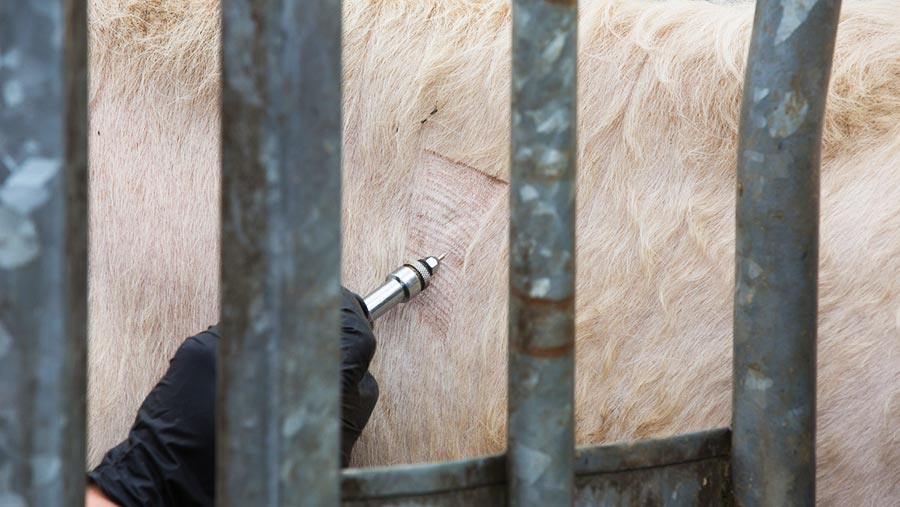 Councillors in the Welsh county of Ceredigion have passed a motion which urges the government to introduce a badger cull as part of efforts to tackle bovine TB.

The motion, put before a council meeting on Thursday (24 March), insisted that the Welsh government’s “non-scientific” badger vaccination programme had failed.

See also: 14 policy changes that would help farmers in Wales

It urged Welsh government and all political parties to abandon badger vaccination, which is currently suspended due to a shortage of vaccine, and support and implement a programme of targeted badger culling.

Following a debate on the subject, councillors voted to pass the motion by a sizeable majority.

Speaking after the meeting, council leader Ellen ap Gwynn (Plaid Cymru) told Farmers Weekly: “The vote on Thursday showed that the county council sympathises with the plight the farming community are in at the moment.”

In a statement, Ceredigion County Council said: “An increasing number of livestock [cattle] farms in Ceredigion, and indeed throughout Wales and the UK are under TB restrictions due to an increase in bovine tuberculosis.

“This is having a devastating effect on the well-being of animals, emotional stress on people operating and employed on farms, financial viability of the individual businesses and is a contributory factor to the fragility of the Ceredigion economy.

“In light of the complete breakdown of the inadequate current non-scientific vaccination programme, this council calls on the Welsh government and all political parties to support and implement a programme of targeted badger culling.

“This should be in response to evidence of significant risk to the cattle population in order to break the cycle of infection between badgers and cattle and the subsequent increase in bovine TB.”

The Farmers’ Union of Wales (FUW) congratulated Ceredigion County Council for backing the union it in its efforts to eradicate bovine TB from Wales.

He said: “On average over 150 cattle, many perfectly healthy, are destroyed every week in Wales as a result of a weak-willed effort to eradicate bovine TB.

“The pressures under which our members and many other farmers operate as a result of many failed bovine TB interventions generate enormous strain on families and communities.

“This has to stop and the only sensible way forward is to adopt a proactive programme of badger control. That means culling.”

Defra published figures earlier this month which showed 8,103 Welsh cattle were slaughtered as a result of TB last year – a year-on-year increase of 27%.