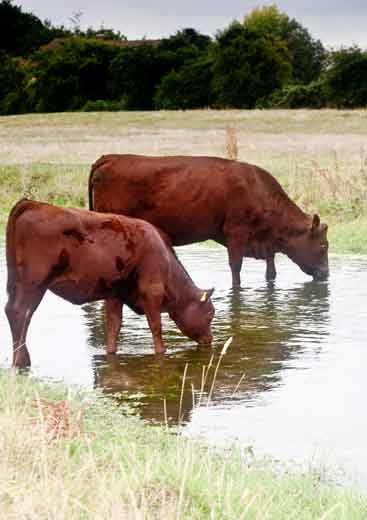 This autumn, Norbrook has launched Closamectin Pour On, the first licensed, four-in-one pour-on in Europe to control immature and adult fluke, worms and lice.

It took over six years of research by Norbrook at its headquarters in Northern Ireland to pioneer a unique formulation that allows the flukicide to pass through the skin of the cattle, says Norbrook‘s chief vet, Alastair Couper.

“Closamectin Pour On is a gigantic step in the fight against liver fluke.

“The pour-on is a unique combination of the ant-paraciticide, Ivermectin, and the flukicide, Closantel – both of which have proven efficacy as injectable medicines.

“As a pour-on, Closamectin has the advantage of ease of application, coupled with a reduced meat withdrawal period of 28 days, compared with up to 56 days with the more commonly used flukicide, Triclabendazole.”

Fluke is an increasing problem for British farmers – it is estimated to cost the British farming industry in the region of £17m a year. The common liver fluke is a damaging parasite that affects livestock and wildlife and because it relies on the mud snail to complete its life cycle, it thrives in damp conditions.

And the problem is no longer limited to the so-called “flukey” areas of Scotland, Wales and western England, says Norbrook. “Recent wet summers and mild winters have provided ideal conditions for liver fluke to infect pastures all over the country,

“While this may be due to changes in climate, the increased movement of stock throughout the country may also play a part.”

Traditionally fluke has tended to be seen by farmers as a problem affecting sheep, however while the effect on sheep can be more obvious, signs of cattle infection can be harder to spot. “Most commonly cattle may display signs of ill thrift, poor weight gain and reduced productivity. Dairy cattle have been shown to have reduced quantity and quality of milk output with fertility also affected.”


Sub acute fluke infection may be subtle in its appearance, but the associated costs are hugely costly, agrees vet, John Blackwell, Brownlow Vet Group, Shropshire. “Providing a pour-on flukicide, will improve treatment compliance and reduce losses due to fluke.”

There are a range of treatment options available to farmers, from environmental improvements, such as land drainage and reducing livestock’s access to standing water, to drug therapies, explains Norbrook.

“Closamectin Pour On has a unique combination of broad-spectrum wormer and powerful flukicide that treats the majority of economically-important parasites with a single easy dose.” Because of the minimum handling required, stress to the animal is reduced, making it safer and easier for the farmer too.

Treatment for fluke is best integrated into your regular worming regime. “To ensure maximum protection for your herd and to help control infection of your pasture, a minimum twice-yearly treatment programme is recommended – once at or shortly after housing and again following turnout.” Dairy cattle should be treated at drying off, but for the best advice for your area, always consult a medicine prescriber.

More information on Closamectin Pour On can be found on www.closamectin.com