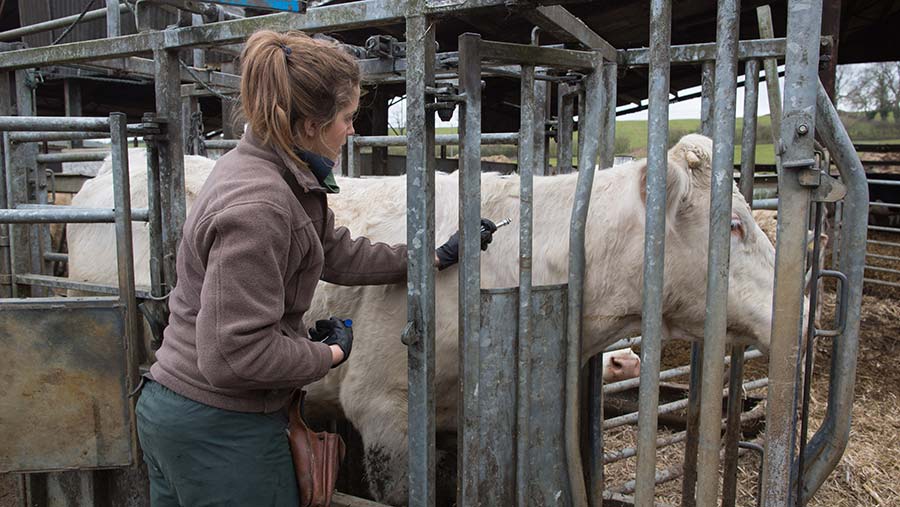 A combined portable test for Johne’s disease in cattle and TB in humans and cattle could be ready within two years, according to the manufacturers of the prototype.

Technology company Epigem has this week announced the tool will undergo a trial period before going on the market for a currently unknown cost.

Early trial work shows Johne’s detection from cow faeces in less than 45 minutes and TB testing results from a drop of blood in less than 20 minutes.

Defra said the Epigem test would need to be validated by the World Organisation for Animal Health (OIE) before it could be considered for TB control.

Defra added: “Currently the only tests used for TB testing in cattle are those approved by the EU or the OIE. These are the tuberculin skin test, the interferon-gamma test and the Idexx Elisa test.”

The Epigem tests use a disposable cassette that interconnect into a boxed data reader. The prototype was developed using expertise from University College London Hospitals, University Hospital of Southampton, Edinburgh Royal Infirmary and the University of Glasgow.

Marc Tebruegge of the Evelina London Children’s Hospital, who was clinical lead on the project, said: “The advantage of antibody-based tests is that they are typically very robust, can produce results rapidly and can be produced at relatively low-cost.

“All those characteristics would make them ideal tools to tackle the ongoing global TB pandemic.”