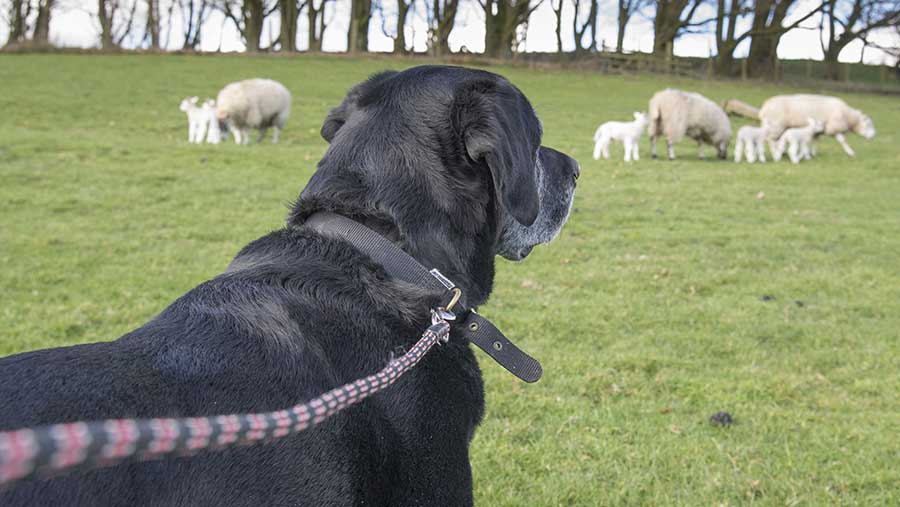 A new campaign aims to raise awareness among dog owners of the devastating effects of livestock worrying, which is on the rise according to official figures.

The three-month campaign, led by Police Scotland in association with NFU Scotland, Scottish Land & Estates and other authorities, has been launched to coincide with the spring lambing period, when sheep are most at risk.

It seeks to highlight the impact of livestock worrying, ensuring that dog owners who live in or walk their dogs in the countryside act responsibly and keep their dogs under close control.

Rural insurer NFU Mutual estimates that more than 18,500 livestock were killed or injured as a result of livestock worrying in 2015 – a rise of more than 35% – costing the industry more than £1.1m.

The regions with the highest reported incidents of livestock worrying during 2015 were Highlands and Islands (18 incidents), Lothians and Borders (18) and Aberdeenshire and Moray (19).

“While it is right that the public are able to enjoy the Scottish countryside, it is imperative that they respect the farmers who make a living there,” he added.

“The Scottish Outdoor Access Code sets out clearly what is expected by responsible access. Any dog walker exercising their access rights should ensure they are familiar with the code and also ensure their dogs are adequately controlled so that ‘they are unable to cause distress or injury to farm animals’.”

“We continue to work at both a national and local level with Police Scotland and other stakeholders to raise awareness of this issue.”

Police Scotland rural crime co-ordinator Jane Donaldson said: “The devastating effects of a dog attack cannot be overstated. Pregnant ewes can abort their lambs or lambs can be separated from their mothers, causing distress and in some cases malnutrition.

“The advice to anyone walking and exercising their dogs in the countryside is to ensure that they are under control at all times and avoid going into fields where livestock is grazing. We are encouraging farmers and landowners to engage with dog walkers and to put signs up on gateways and on key roads and paths alerting them to the presence of sheep and lambs in their fields.”

Just a reminder for all ewe dog walkers during lambing season keep ur mutton a lead when walking near livestock. pic.twitter.com/GwJaP3Nd7E

NFU livestock board chairman Charles Sercombe said: “Now spring is here we tend to see an increase in the number of people out walking their dogs. But it’s important to remember that farms are working environments so please be aware of your surroundings.

“The advice is, if you have a dog with you keep it close by your side and under control. Where there are cows and sheep, put it on a short lead.

“Remember, cows are inquisitive and may come to investigate. If you feel threatened, walk calmly towards the field boundary and release your dog so you can both get to safety separately.”