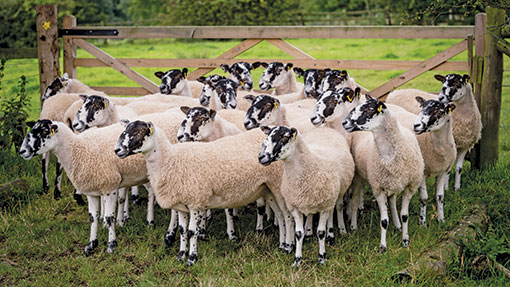 Autumn is a critical time for managing ewe lambs for breeding. Jeremy Hunt looks at what farmers need to do in the coming weeks for a successful spring lamb crop.

Turning your back on bought-in ewe lambs going to the tup this autumn could prove to be a costly mistake, as every day between purchase and tupping time is crucial in preparing them for their first season.

That’s the advice of Adas sheep specialist Kate Phillips, who says keeping a close eye on body condition is the key to getting the best from ewe lambs.

“There’s likely to be several weeks between the time ewe lambs are bought and the day they go to the tup, but it’s a critical period in terms of management.”

Checking the body condition score of ewe lambs that have been well prepared for the autumn sales – and probably had supplementary feeding – is recommended.

“Condition scoring bought-in ewe lambs on arrival gives a baseline for their management during the weeks before tupping,” she explains.

“The aim should be for Mule ewe lambs to have a condition score of 3.0 at tupping time, but when good quality, well-grown ewe lambs are bought-in, the real challenge is getting the management just right.

“They don’t want to gain weight if they are fit enough when they arrive on the farm, but equally they mustn’t go backwards and suffer a nutritional check before tupping.”

“Twins are more likely from ewe lambs that are flushed or given additional feed when it’s not necessary.

“For those with home-bred ewe lambs going to the tup, aiming for a daily weight gain of about 250g from weaning until six weeks after mating is a good guide – and if they are on good-quality grass after weaning they should be able to attain that.”

While it’s recommended that bought-in ewe lambs should be allowed to hold their body condition in the time between purchase and tupping, it may be necessary to “tick them over” with a small amount of supplementary feed depending on their condition and the grazing available.

To minimise any health issues all bought-in ewe lambs should be quarantined on arrival and managed as a separate flock all the way through tupping time and into lambing.

“As a belt-and-braces approach I’d advise worming all purchased ewe lambs no matter what assurances come from the vendor. Drenching them will ensure they receive the correct dosage and it’s an opportunity to give a scab treatment too,” says Ms Phillips.

Ewe lambs begin cycling later than mature ewes of the same breed or cross and their mating season is shorter.

“Ewe lambs of less than seven or eight months are unlikely to have an acceptable conception rate, so any born in mid-March won’t be ready for mating until late October.

“Lambs born in early April shouldn’t be mated until mid-November. Lambing for these two mating times is likely to begin in the third week of March and the second week of April,” she says.

It’s important to achieve a target weight for tupping ewe lambs that should be 60% of the mature adult weight.

“It’s not a difficult target. Mule ewe lambs should weigh about 45kg at tupping, continental crosses 48kg and Lleyns 36kg. It’s important to bear in mind that puberty occurs at a combination of age and weight.”

While ease of lambing is critical when breeding from ewe lambs, mating ewe lambs to rams of breeds with a smaller mature size should help to reduce lambing difficulties.

Charollais tups continue to be a popular sire choice for use on ewe lambs, but performance recording information now includes lambing ease and birthweight data for most terminal sire breeds.

Running ewe lambs separately means a higher ewe-to-ram ratio can be applied at the rate of about 25 ewe lambs to the tup for unsynchronised flocks. This figure can be increased to 35 ewe lambs where oestrus synchronisation is used.

The time rams are allowed to run with ewe lambs should be restricted to three weeks to achieve a single mating for all the ewe lambs resulting in a tighter lambing period when labour and resources can be targeted more effectively. As a bonus, it will also help indicate which are the most fertile ewe lambs, says Ms Phillips.

SAC sheep specialist Rhidian Jones says: “Some flock owners aren’t keen on breeding from ewe lambs, but ewe lambs can often be better mothers than sheep lambing for the first time as shearlings.”

“It seems they benefit from the experience early in life,” says Mr Jones.

While every flock has its own approach to managing ewe lambs for tupping in their first year, for flocks retaining their own replacements it gives an opportunity to be more selective compared with those relying on buying-in ewe lambs.

“Some flocks keeping their own replacements only select ewe lambs that had been reared as twins to try and maintain the flock’s prolificacy.”

Ewe lambs need to be tupped separately because their oestrous behaviour is less aggressive and older ewes can monopolise rams if they are run together.

Mr Jones advocates running a teaser with ewe lambs for 15 days immediately before introducing fertile rams to help to tighten up mating. 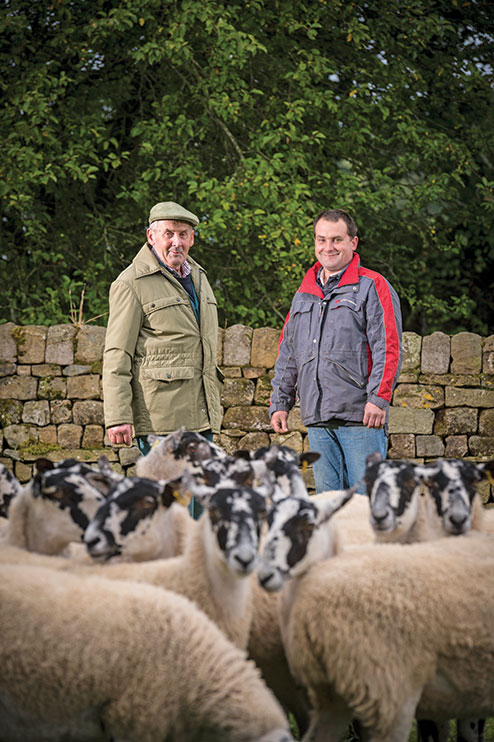 North Yorkshire farmers Raymond and Robert Johnson, from Kettlesing near Harrogate, say they prefer lambing ewe hoggs rather than shearlings.

“We want strong lambs that will be ready to take the tup and when we get them home they are dosed and turned on to good ground – usually aftermaths – but we don’t feed any cake whatsoever until about a month before lambing,” says Raymond.

It can be at least two months before the tups are turned out for lambing time to start about 20 March, so holding the ewe lambs in the right condition without additional feed is critical.

All the bought-in ewe lambs are run separately. About 11 Texel tups are turned out with the 550 lambs. This year, 506 hoggs were scanned in-lamb.

“We’ve changed terminal sire breeds and are now happy the Texel can give us sharper lambs that are keen to get up and suckle, which is important if you’re lambing hoggs.”

There were 110 ewe lambs that produced twins this year – and all are allowed to suckle them both.

“We don’t find any problems allowing these Mule hoggs to rear twins. If you look after them well they do a good job.”

They sell 300 ewe hoggs with single lambs each spring. “Ewe hoggs are definitely more work, but I’d always prefer to lamb hoggs rather than shearlings lambing for the first time,” adds Raymond.