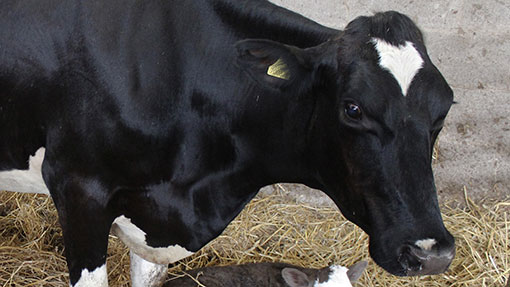 Triplet calves are not that uncommon for Holstein Friesians, but in this instance, a Lincolnshire cow has given birth to three separate breeds at the same time.

Farmer Peter Combridge, who runs a 100-cow herd averaging 9,000 litres at Brownlow Farm, near Grantham was surprised to see the three calves, which he says are all different breeds; a Limousin, a Simmental and a Charolais.

He said: “We’ve had mixed twins before,  but this is the first I’ve heard of triplets. It was a real surprise.” 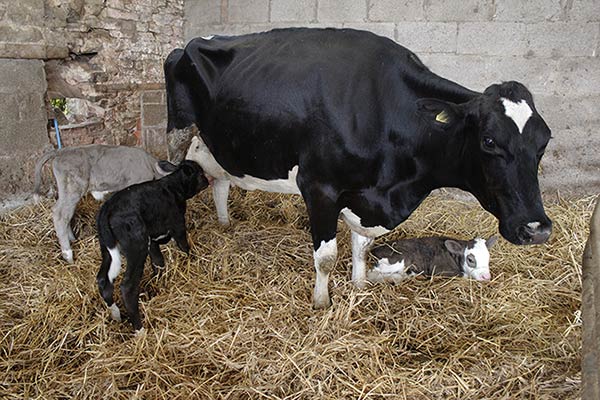 The fourth lactation cow was AI’d with mixed breed semen, which contains the three different breeds to extend the period over which an insemination remains viable.

All calves are reared on farm and sold at 13 months of age with a liveweight of 500kg.

Have you come across this before? Let us know by emailing Richard.allison@rbi.co.uk and send us your pictures.