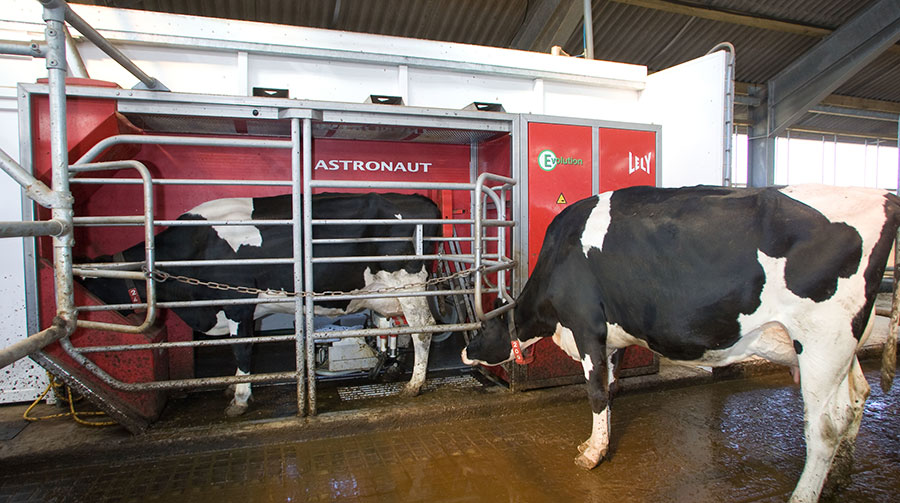 Cows milked by robotic systems are much calmer than those milked in conventional milking parlour setups, according to one PhD student’s research.

Results from a study by the University of Sydney Dairy Research Foundation found cows preferred to be milked by robots and stayed much calmer during the process.

The work was carried out by Ashleigh Wildridge who, in 2015, began testing anecdotal evidence that automatic milking machines kept cows quieter during milking.

One of the more noticeable aspects she encountered was cows milked by robots appeared to be less fearful of humans compared with when they were milked conventionally.

Ms Wildridge spent three days on each farm watching farmers and recording their daily routines while keeping her distance from the cows.

After this period, she performed a “flight distance” test with a specific selection of about 70 cows.

The test saw her approach cows in the paddock, or inside the shed, and record the distance they started to move away from her.

She also performed a handling test where the same selection of cows was drafted after milking and the farm manager quietly moved them through the gate one at a time. Ms Wildridge then assessed how the cows responded to close human contact.

Observations showed the flight distance of the cows was significantly reduced when they were in the automatic milking systems.

This was replicated in the handling test, with the cows much less likely to run the past the farmer.

However, Ms Wildridge’s research did not show any correlation between the calmness observed in the cows and extra milk yield, although previous research suggested a potential link.

A number of factors could have contributed to the cows being calmer in the robotic system, said the student.

“What I saw was the farmers spent significantly less time interacting with the cows each day particularly around milk harvesting.

“Cows might not particularly enjoy being milked so, with [humans] removed from that situation, farmers are generally now only associated with mainly positive things, particularly being with fed.

“So when the cows are given a fresh break of pasture or access to the feed pad, that’s all associated with the farmers, so that’s a lot more positive for the cows.”

Although the use of robotic milking systems is spreading fast across Europe, there are only 40 farms using this automation in Australia where the take-up has been slow.

Ms Wildridge’s said she hopes her research can help dairy farmers considering installing a robotic milking system by highlighting the potential benefits of the technology.