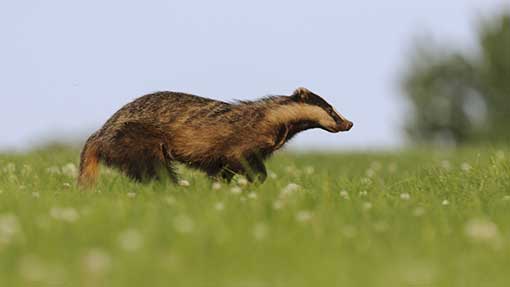 Focusing on culling badgers and developing cattle vaccinations as solutions to bovine TB are compromising the farming industry’s ability to tackle the disease, a leading scientist has claimed.

Robbie McDonald, professor of natural environment at Exeter University, said many of the tools needed to halt the spread of the disease already existed, and that too much emphasis was being placed on the ability of culling and vaccines to solve the problem.

Speaking at the British Society of Animal Science annual conference at the University of Nottingham on Wednesday (30 April), Prof McDonald said neither culls or badger vaccinations were likely to have the dramatic effect on TB reduction farmers expected.

Instead the industry needed to focus on improving biosecurity measures to prevent badgers coming into contact with herds.

“Sadly, whether we cull or vaccinate, we are looking at quite modest effects on the number of disease incidences,” Prof McDonald told delegates.

Research had indicated that controlling badgers in an area for ten years would result in an 18% reduction in disease incidence if the badger population was culled, he said.

Both culling and vaccinating badgers would lead to a 28% reduction, while vaccination alone would cut incidence by 11%.

“Those are modest improvements, and show no great differences between the methods used.”

Coupled with the difficulties in administering an oral badger vaccination and the legal issues around vaccinating cattle, it would be more beneficial for farmers to focus on biosecurity improvements, Prof McDonald said.

“One in 10 farms have lots of badgers, so any biosecurity measures can help. We know they are very effective – simply putting a fence or gate in front of a badger will stop it.”

However, when biosecurity measures were installed on farms, they had to be used.

“The whole disease control process depends very critically on the farmers’ perception of the measure and how it fits with their business,” he added.

“To overcome this whole problem we may not actually need greater changes in the tools we have available.

“The focus on badger culling means the tools we have now are being compromised and we have ended up with minimal gains.

“Alongside all the technological and ecological improvements can make, we need to spend considerable time and effort on resolving the social mess we have got into.

“I’m starting to think about social science as a way to solve the problem, as the biology of the problem isn’t as hard as we make out.”

See a video below of footage captured by surveillance cameras installed on 75 farms in the South West of badgers visiting farms as part of the Farm Assessment Toolkit project by the Animal Health and Veterinary Laboratories Agency.