A Cumbrian farmer has posted pictures on social media of the bloody aftermath of a dog attack on his sheep.

Jonathan Woodmass, who farms near the Gisland area, found several of his sheep and lambs brutally savaged on Monday 28 August.

One sheep was killed and a number of others were seriously injured in the attack, which happened sometime between 5pm on 27 August and 9am on 28 August.

“I’m more than sure the owner will know that their dog has been up to no good. It will have a belly full of wool and raw meat and would will have had blood over its face,” he said.

In recent weeks, other farmers have reported similar incidents. This is despite high-profile media campaigns in the farming press urging pet owners to keep their dogs on a lead near livestock

“It is important that local farmers and dog walkers are made aware of this incident. Dogs should be kept on a lead at all times near livestock as sheep worrying is a criminal offence,” a force spokesman said. 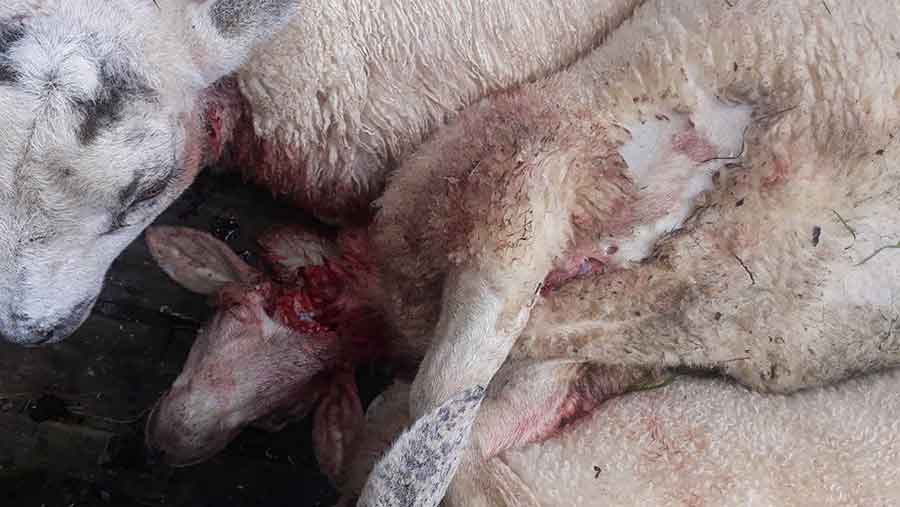 Anyone with any information is asked to email 101@cumbria.police.uk or call 101 quoting incident number 82 of 28 August. Or, alternatively contact Crimestoppers, anonymously, on 0800 555 111. 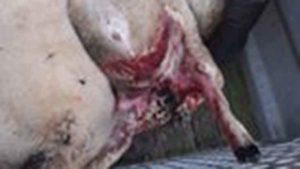 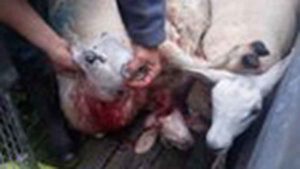