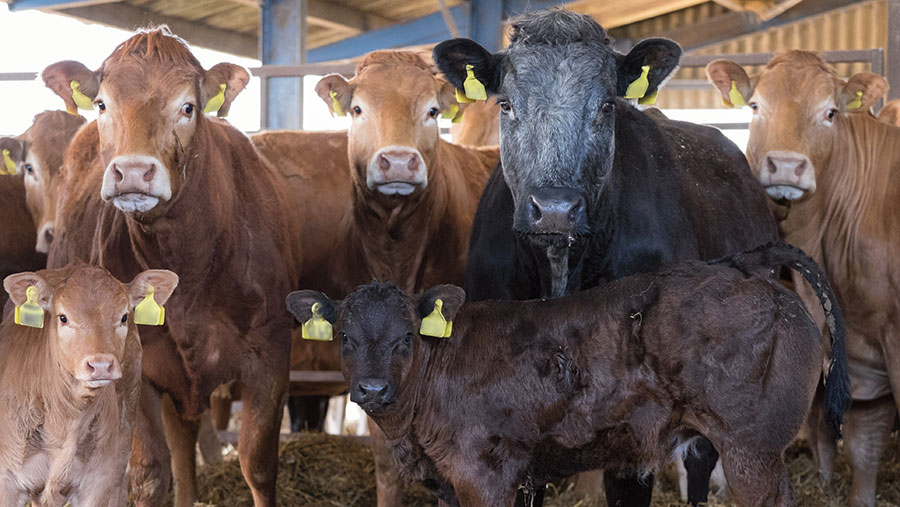 Cumbrian cattle farmers are being urged to sign up to a scheme to eradicate bovine viral diarrhoea (BVD) from their herds and make Cumbria the first county in the country to eliminate the costly virus.

It is believed that Cumbria could be one of the most relevant counties for BVD control as it contains the highest concentration of cattle in the country.

It also borders on to Scotland, where a BVD eradication programme is already four years into action.

Vet David Black, Paragon Veterinary Group, Cumbria, said: “Cumbria is the right county to set an example. Wouldn’t it be fantastic to be the first county to be BVD free?”

The scheme, which was launched in July last year, has set a target to try to eradicate the virus from herds in England by 2022. Already 630 herds have registered on the scheme and 12,000 individual animal statuses are on the database.

It is free to join and allows members to access the BVD status of tested animals and herds, and promote the BVD free status of their herd, once it has been achieved.

There will be a small cost to get results onto the database, ranging from 25p for antigen tests (tag and test and blood samples) to 50p for antibody blood samples.

The first step is for farmers to sign up to the scheme at the the BVDFree England website and then set up a programme on the farm (see box on how to set up a scheme on your farm).

Speaking at a BVDFree England meeting at Borderway Mart, Carlisle, last week (31 January), vets explained how easy it was to eradicate the virus, but stressed the importance of all farmers buying into the scheme.

“This disease is relatively easy to eradicate as Persistently Infected (PI) calves are an Achilles’ heel. If you can find PI calves you can free the herd of BVD.”

Farmers tempted to keep PI calves to fatten them were warned of the dangers.

Mr Armstrong added: “If you try to fatten you will lose more money due to the effect on the rest of the herd. A lot of the cost come from the effects on fertility.”

All vet speakers talked about the dangers of buying in cattle and agreed it was one of the main routes to introducing infection into a herd.

However, within the next two years a system will be in place whereby the BVD status of herds and animals will be displayed automatically at sales – with the Livestock Auctioneers’ Association already supporting the programme.

“You can already do it on your phone,” added Mr Armstrong. “You can log on to the BVDFree England website and input individual animals or holding numbers and it will give you a result for those registered.”

How to set up a scheme on your farm

Or if using antigen ELISA or PCR:

If no PI animals are found then:

If active BVD is found then:

Take-home message: When buying in in-calf animals there is no way of testing whether the calf is a PI, so you need to tag and test.

Take-home message: Make sure any cows bought in with calves at foot are isolated and calves tag and tested. Also, if using an older vaccine rather than the newer one-dose vaccine, make sure cattle are vaccinated twice and at the right time and in the correct time frame.

Take-home message: Do not forget the heifers and make sure they receive correct dose and number of vaccines. Also, do not forget the bull. In addition, if testing bulk milk samples for BVD remember to repeat every three months as only cows on that day will be tested.

Take home message: Only purchase tag and tested calves, even if that means paying an extra £5 for the calf to cover the cost of the tag and test. Dairy farmers advised not just to test their heifers, but also their bull calves. If you are a calf buyer then get pneumonia vaccination done by the breeder.