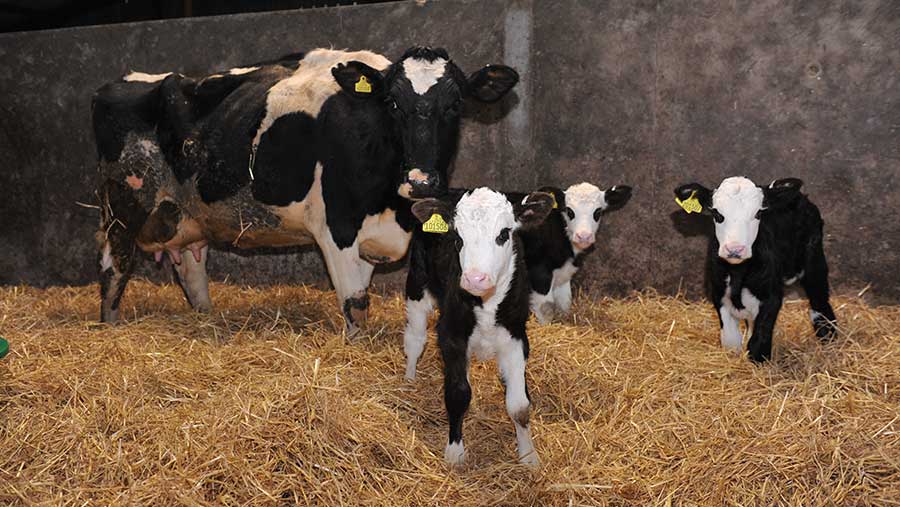 A dairy cow has defied the odds by giving birth to triplets at her third calving.

“We had been keeping an eye on her because we thought she might be having twins,” said Huw Thomas, who farms with his parents, David and Eira, and brother, Peter.

“She delivered the first calf on her own, but needed help with the second,’’ he added.

After that, the cow immediately lay down and Mr Thomas spotted another pair of feet. “I think it was as much of a surprise for her as for me.’’

The Hereford-cross triplets, sired by a Genus bull, Sol Poll Ferrari, are a good size and are thriving. They will be reared and sold as stores. 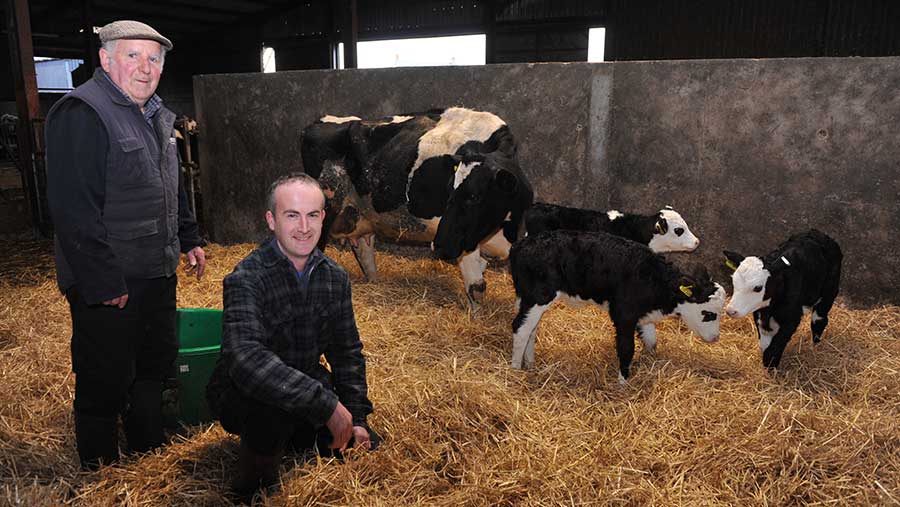 David and Huw Thomas with the triplets and their mum

Although it is rare for cows to produce triplets, fertility must be at an optimum at Newton House Farm because it is the third set from the all-year-round calving herd of 130 Holstein Friesians since 2003.

But it is the first time all three have survived – on both previous occasions one of the calves was stillborn.

Multiple births extend beyond the herd at Newton House Farm, as David is also a twin.