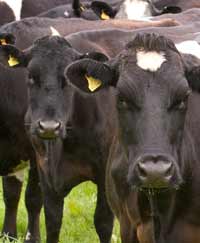 Kingshay launched a new herd health monitor as part of its Dairy Manager service at this week’s Dairy Event and Livestock Show.

Cull results from Dairy Manager figures for March 2009 showed health issues were an ever increasing reason for culling in the dairy industry, explained Kingshay’s Kathryn Buckland.

“Figures showed 11% of cows were culled because of mastitis and 7% as a result of lameness,” she said.

But fertility was still the biggest reason for culling, accounting for 24% of culls.

“The average cull rate has stayed relatively static over the last seven years, but there are signs it is coming down, with March 2009 figures at 23%,” she said.

This figure reflects results from the 2007 Kingshay Herd Health Report which surveyed over 200 farmers.

“Feedback from the herd health report showed farmers wanted a regular health monitoring report where they could be benchmarked against other farms.”

The report will be a useful preventative tool. “By using the Herd Health Monitoring Report problems can be spotted earlier and producers can make informed management decisions before more severe problems occur.”

The Herd Health Monitor is available as an extra to existing Dairy Manager users or as a stand alone service.